I cannot tell a lie. I. Love. Brisket.

I love cooking it. I love eating it. I even love having left-overs. It is GUUUD! 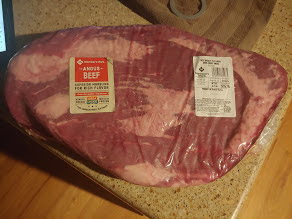 For quite awhile during the whole Covid Shelter in Place reality, it was difficult to get brisket. Then, you could get it, but it was too expensive for me to want to buy.
Recently, it has become more available and much less expensive.
My wife was going to Sam's Club a week or two ago and asked if I wanted her to pick up anything. 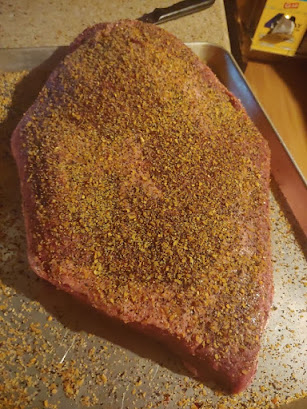 I told her to pick up a brisket if they had them.
She came back with an 8 pound brisket flat. Of course, when I said "brisket", I meant a full brisket. But, I didn't specify so I can't complain.
It did mean I could smoke a flat (only) for the first time. 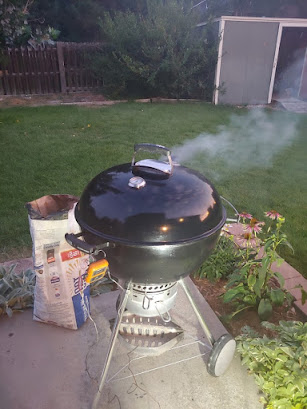 This past Sunday, in addition to brewing a Sveikas Lithuanian Farmhouse Ale, I smoked the brisket flat.
One advantage of smoking the flat only is that there is less mass to cook and theoretically should take less time. So, I didn't have to get up as early as I usually do to smoke brisket.
I was up a little after 5AM. I trimmed the flat some, seasoned it, set up the Weber kettle, and started my charcoal.
The flat was cooking a little before 6AM. 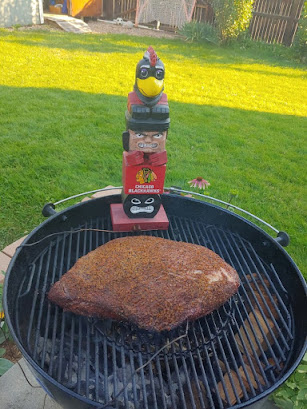 And while brewing, I kept an eye on the brisket, spraying a few times, and tweaking vents from time to time.
Around 10:40, the bark was about the right color and consistency, and the internal temperature was around 170 degrees. I wrapped the brisket with a little beef broth.
Then let it cook a few more hours. 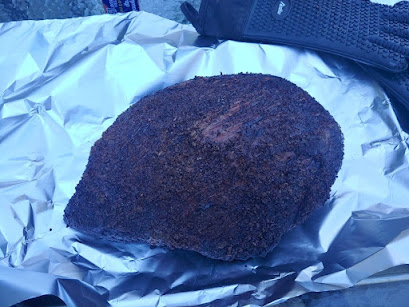 Around 1:30 ... the internal temperature was up over 200 degrees and probing the meat felt like butter.
I took the brisket off the kettle and placed it in a cooler until dinner time. 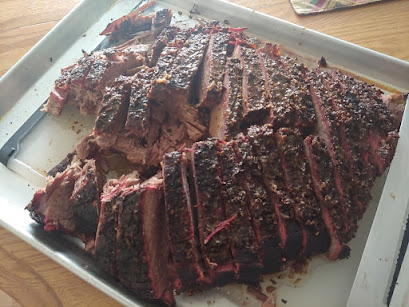 It was delicious. It wasn't quite as juicy as I think I usually get when making full briskets, but it tasted wonderful.

I enjoyed the process, but I think I will go back to full brisket next time I make one.