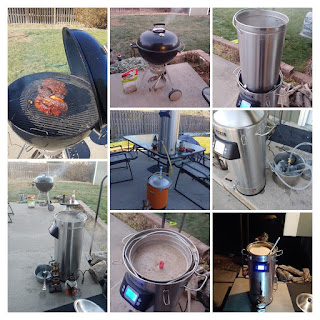 Early in 2020 ... I started seeing a lot of traffic to my "Colorado 6 Pack" post on the blog, and I decided that it would be fun to take that list and homebrew batches that matched up with the list.

So far, from the "6 Pack" ... I've brewed:
Next up, it was time for me brew something like Oskar Blue's Deviant Dale's IPA.
Deviant Dale's doesn't exist anymore, but the idea was that it was essentially Dale's Pale Ale, only more. More hops. More malt. More ABV. More Body. More deliciousness. It was an 8% ABV, 85 IBU double IPA with lots of citrus, grapefruit rind and piney resins in the aroma and flavor.
I didn't really have a recipe that was close, so I designed one.
Irregular Eric's Double IPA 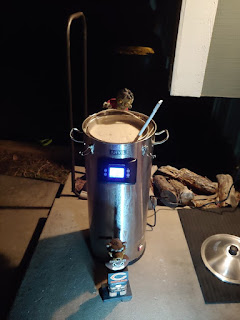 I brewed the recipe on November 15th ... the third batch with my newest brewing toy, the Anvil Foundry.
I also smoked a pork butt for pulled pork sandwiches for our family dinner.
I was up around 5AM. The night before, I had prepared my water and set a timer to pre-heat the strike water while I was sleeping, so I could begin the mash almost immediately. It was going by 5:20. 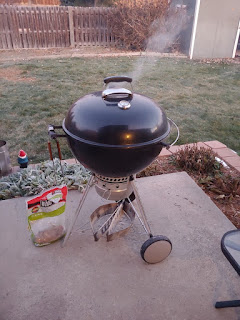 While the mash was going, I set up the Weber kettle with the standard "snake". I got the pork but on the kettle by about 6:30. 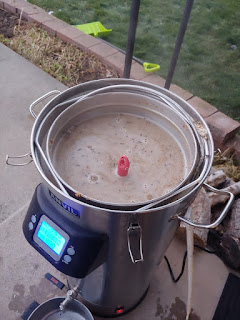 I think the amount of grains I had for this recipe might be a little much for the Foundry. It was very close to capacity, and my floating thermometer read close to 140ish most of the mash.
I also got pretty terrible grain extraction from this batch. I had to supplement with 12oz of DME to reach my pre-boil gravity.
Something to watch for on future batches. 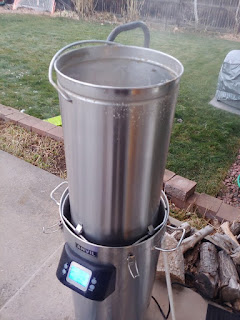 But, I got the the boil going, and things progressed as they should. I got hops etc added at the right parts of the boil.
The pork butt just cooked. I sprayed it a couple times and kept an eye on the temperature, but it didn't take much of my attention at all. 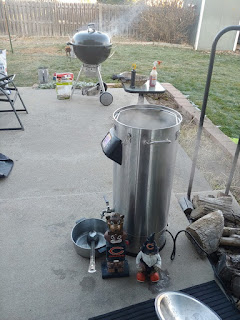 I was chilling the beer by a little after 8:30. The yeast was pitched and the fermentor downstairs at around 9:40. 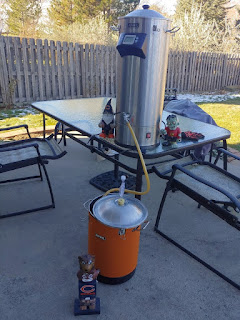 And then, I cleaned up the brewing equipment and let the pork cook.
Around noon, the internal temperature of the pork shoulder was about 170, and I wrapped it in aluminum foil. 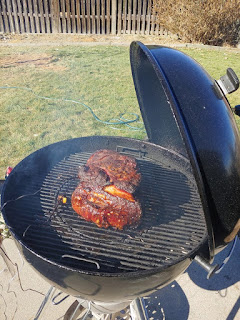 It cooked for another couple of hours. I pulled it off the kettle around 2:45 and stored it in a cooler until dinner time.
I served it with homemade BBQ Sauce. As always, it was delicious. 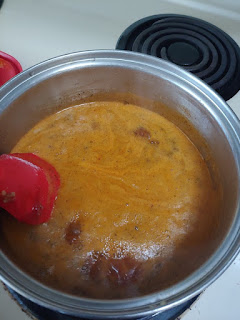 Fermentation took off sometime over night. I am planning on kegging the beer the day that this blog post gets published.
I should be drinking it before December. I'll let you know how it is.