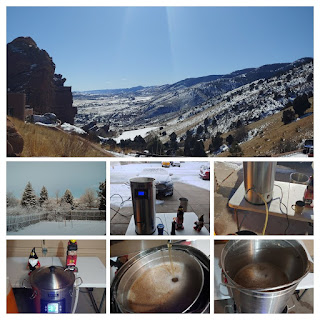 Believe it or not, I've been using my Anvil Foundry for almost 4 months.
At the beginning of November of last year, I used it for the first time to brew Bud Lite Lime (271) on the Anvil Foundry.
I named the beer "Bud Lite Lime" as a joke.
It isn't anything like "Bud". It isn't really that "Lite". It doesn't use any "Lime".
I really enjoyed the beer. It is one of those beers that the SheppyBrew Beer Model also really enjoyed.
One thing I mentioned in "SheppyBrew 2020 Year-End Brewing Stats" is "I do think I want to work a little on my Mexican lagers 2021". When I wrote that, Bud Lite Lime was the beer I was specifically thinking of.
I think I'd like to have it on tap a lot this year. 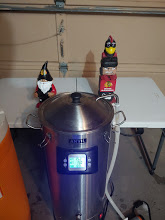 So, last week when I was thinking about what to brew next, I decided to go with this as my next batch.
However, Bud Light Lime is a stupid name for a homebrew I plan to make a bunch of. I decided to think of another name.
I played around with google translate. Fairly early I tried the English words "No Lime" which returned "Sin Lima".
I thought this would be a great name. So, that is what I decided to go with.
Sin Lima Mexican Lager 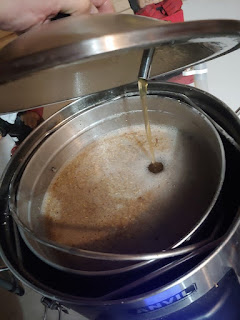 Other than the name change, the difference I made from the first batch is that I moved 1 ounce of flavoring hops into the primary fermentor rather than a 5 minute addition.
I expect this will provide a little bit more hop brightness in the finished beer. It might come across a little less bitter, but the difference in bitterness will likely be very subtle. 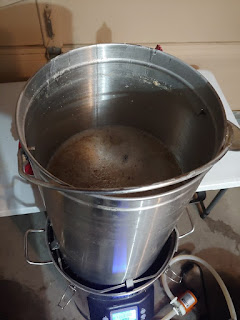 Like usual with the Anvil Foundry, I filled the unit with water the night before and set a timer to start heating up the strike water in the middle of the night.
When I got up at about 4:30, the water was ready to go, and I immediately mashed in. 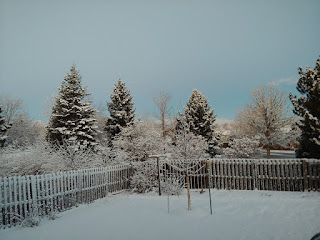 It was snowy, so it was another garage brew day. I think I've brewed more in the garage already this winter than I have in any previous winters.
The mash was pretty uneventful. After about 45 minutes at 150F, I rose the mash to 156 for about 15 minutes.
Then, I let the mash drain while heating up the mash to boiling. Pre-boil volume and gravity was pretty much right on. 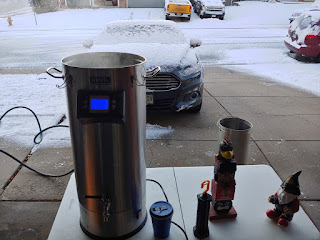 The boil also went to plan. Chilling went very quickly down to 50 degrees. I had the yeast pitched and mostly cleaned up before 8:30.
I got in a nice bike ride after the brew day. 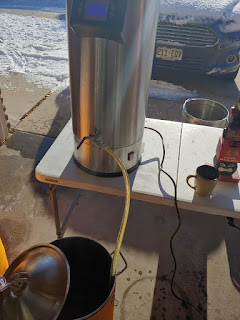 As I type this, the beer is fermenting away in my Anvil Brew Bucket with the cooling system keeping it at lager temperatures.
I'll probably turn off the cooling tomorrow and let the beer finish up.

I'll be drinking this in a couple of weeks.
As always, stay tuned on the regular SheppyBrew Channels to see what is happening with beer and other things: SheppyBrew's Facebook Page; Sheppy's Twitter Feed; SheppyBrew's Instagram Page; and SheppyBrew's Website.