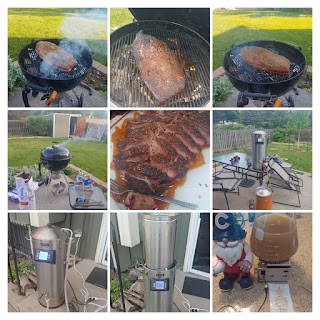 I brewed and made brisket this past Sunday.
At the same time I was in Sam's Club picking up my Country Style Pork Ribs, I saw a 10 pound brisket, and generally when I see a full brisket at that size, I try to pick it up.
In my opinion, a 10 pound brisket is the perfect size for smoking on my Weber Kettle, so I felt like I had to pick it up.
As far as the beer ...
This brew day was my 289th batch of beer. It was the 18th on my electric Anvil Foundry.
The beer is a recipe I've made a lot over the years, but I have not brewed in a few years....
Eric's Red Ale 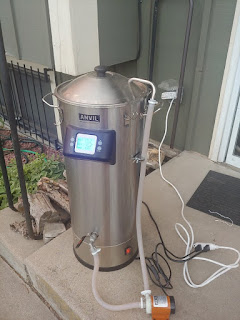 As usual for my Foundry brew days, I set the timer to start heating up the water overnight so that I could start the mash first thing in the morning.
I got started a little after 5:30 AM. 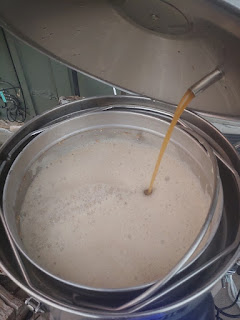 I actually made my yeast starter after getting the mash started. I had just never found the time the day before. 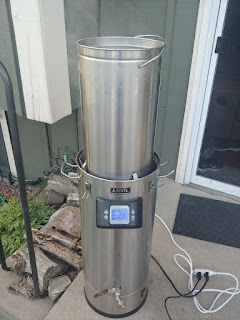 The brew day went great.
I fired up the kettle around 6:30 and got the brisket on the smoker a little before 7AM. 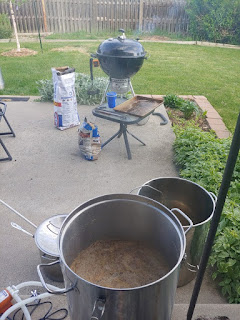 The boil went great. I actually think I got from mash to boil quicker than usual. I think mostly because the weather was so warm Sunday.
The brisket cooked pretty consistently at 250 for a few hours. 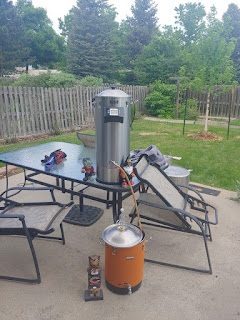 I got the wort into the fermenter around 9AM, and had the cooling system going by 9:10. I held off pitching the yeast, since I started the starter so late.
But, the fermentation started just fine sometime between the time I pitched and the next morning. 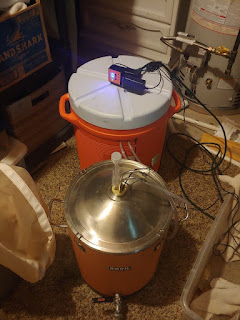 It was bubbling away nicely when I woke up. 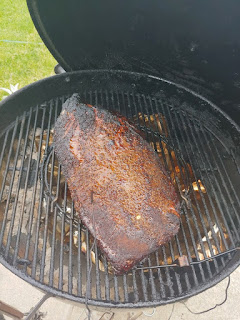 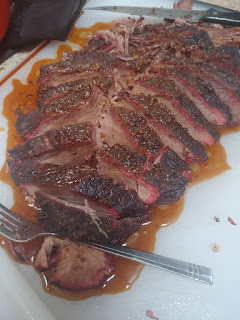 Even though it wasn't a prime brisket, the juiciness was amazing.
I pulled the brisket around 3pm and let it stay warm in a cooler until dinner time.
It turned out so great. 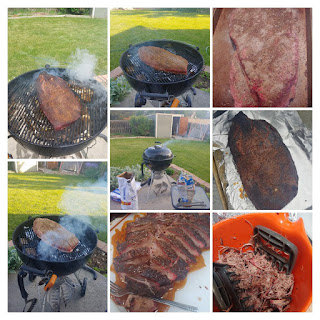 Then we watched the Avalanche lose to Vegas. I'm getting pretty concerned about this series. (by the time this posts, there will have been another game, so I might be feeling better about hockey when you read this ... or perhaps worse)
Anyway ...