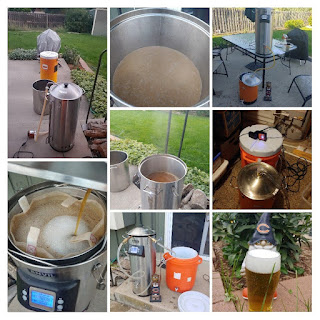 The weather here in Denver doesn't agree, but we're getting close to Autumn.
I'm seeing all kinds of local breweries on social media announce their Oktoberfest celebrations.
I thought I should probably get on making my own 2021 Oktoberfest Lager.
So, I brewed Sunday.
It was my 20th batch of the year. My 296th batch in my brewing "career". My 25th batch done on the Anvil Foundry.
I've been brewing this recipe since 2010. According to my notes, it was my 2nd all-grain batch back when I was still only doing 2.5 gallon batches.
Sunday was the 7th time I've brewed this beer....
Rocktoberfest Lager 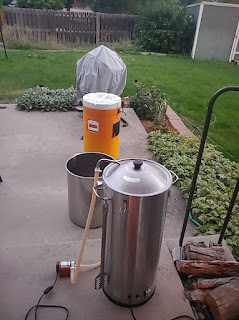 My pre-boil volume was pretty high and my pre-boil gravity was low. Not sure if I mis-measured the water volume or if there was something else going on there. 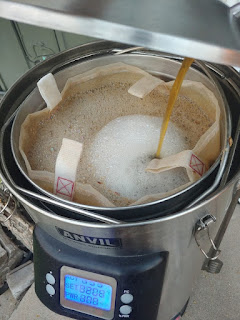 I did compensate with some DME. 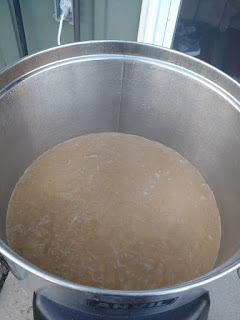 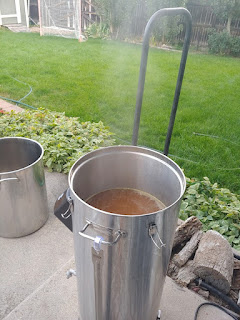 I ended up with an OG of 1.055, which is a couple points lower than plan, but certainly within an acceptable range. 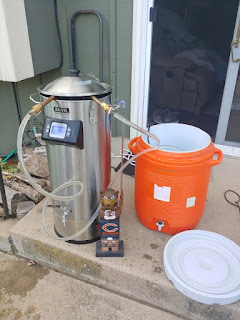 I chilled with a combination of ground water and then ice water with a pond pump. 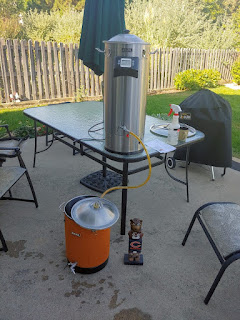 I got the beer racked and the yeast pitched a little before 10AM.
The yeast took a little longer than usual to get going. It was around 1pm Monday before I noticed bubbling in the air lock. 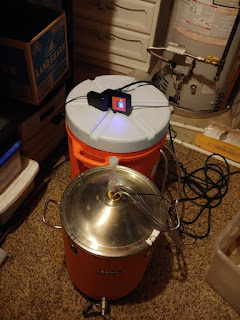 It's going good now, though.
I'll ferment for the first week starting at 50 degrees, raising the temperature 1 degree every day. The second week, I'll let the beer clean up at room temperature.
I'll probably keg in a couple of weeks. I'll be drinking in October.
Don't forget that you can always stay tuned on the regular SheppyBrew Channels to see what is happening with beer and other things: SheppyBrew's Facebook Page; Sheppy's Twitter Feed; SheppyBrew's Instagram Page; and SheppyBrew's Website.
Of course, don't forget to visit this blog often as well!
Go Bears!
Posted by ESheppy at 9/14/2021 06:14:00 AM