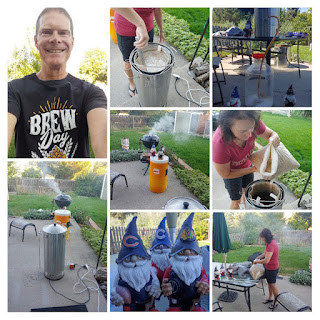 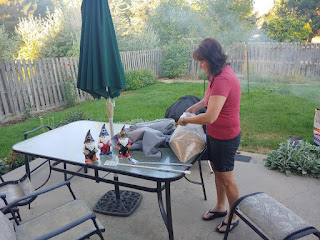 Another thing you probably know if you follow this blog ... when the Beer Model brews beer with me, we start much later in the day than we do if she doesn't help.
So, I got up and prepped the water. And waited until she was ready to go. 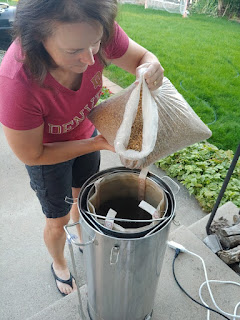 She mashed in the grains and then the pumpkin.
We set the recirculation pump to go and waited. 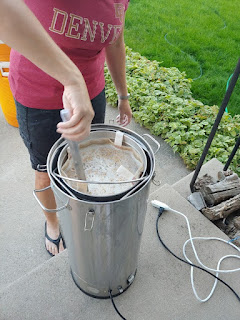 Note to self ... pumpkin in the Anvil Foundry doesn't work real well. The recirculation got "stuck" pretty quick.
Eventually, I just turned it off. I will try to never use pumpkin in the Foundry ever again. 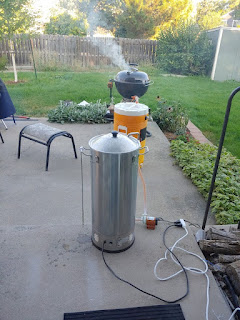 But, despite a bit of a mess and grains that ended up in the boil ... the mash went pretty well.
The volume was a little high, but the gravity was right on plan. 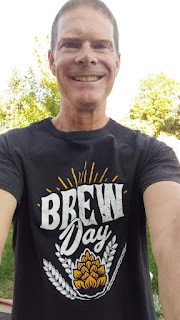 The boil also went pretty well.
I did try to scoop out the grains that were floating on the top. I think I got most of them. 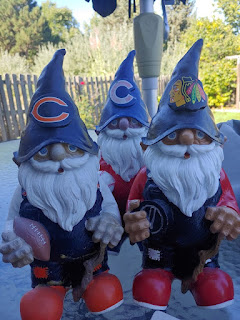 We (mostly her) got everything added at the right times during the boil.
The OG was right on plan. 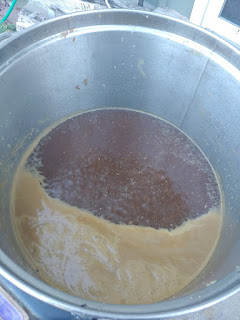 We got the wort chilled and into the fermentor.
We got to watch the Broncos win. I barbequed some pork butt. I got in a few biking miles. 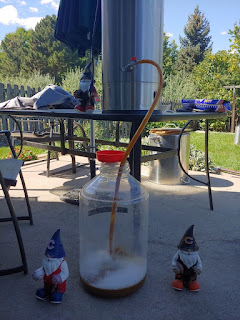 The fermentation was going strong early the next day.
As I type this, the fermentation is pretty much done. Time to keg and add the pumpkin spice.
I'm sure it will be ready to drink in early October.

Don't forget that you can always stay tuned on the regular SheppyBrew Channels to see what is happening with beer and other things: SheppyBrew's Facebook Page; Sheppy's Twitter Feed; SheppyBrew's Instagram Page; and SheppyBrew's Website.
Of course, don't forget to visit this blog often as well!