M is for Mountain Toad Brewing 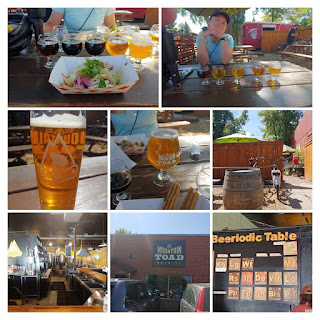 I wasn't invited to L is for Lady Justice, but the SheppyBrew Beer Model did a great job on that brewery visit.
I guess that's fair. I did most of round 1 without her, and the "L" is the first one I've missed.
Anyway ... last weekend, after logging some morning miles on my Great Cycle Challenge, we decided we should bike a brewery together.
As you probably know, after L comes M.
There are tons of "M" breweries on the Colorado Brewery List, but most of them are outside the Denver area.
I used one of them on X is for Mad Jack's [JaX] Mountain Brewery ... which ... again ... wasn't my idea/
Molson / Coors or Miller / Coors (whatever you prefer to call them) is a possibility, but not ideal.
When it came right down to it, I really only had one choice for this trip ... 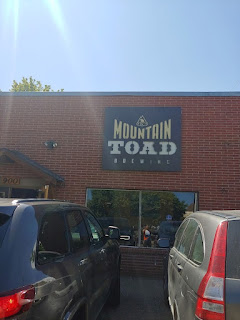 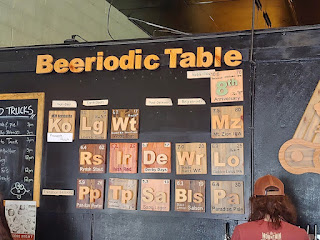 It is a really nice ride ... mostly downhill into Golden, and the brewery is located just a couple blocks away from the Clear Creek trail in Golden.
Great location for cyclists. 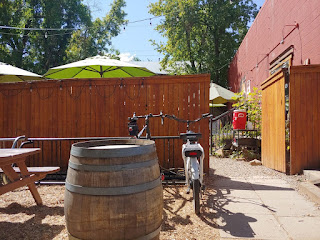 On the weekends they open at 11AM, which is much earlier than your typical brewery. I wish more breweries would open before noon.
They also seem to have food trucks just about every day, which is also great. We didn't have to pack our own lunch to bring in. 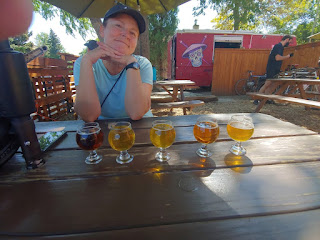 As we often do, we ordered a flight to start. Actually, they don't have "flights" exactly. They offer 5 ounce pours. It is important to keep in mind that you have to carry the 5 ounce glasses from the bar to your table, so don't order too many.
We started with 5, and really liked them all. 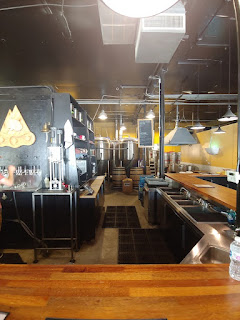 I went back for 5 more. "Flight 2" was all dark and hoppy beers, so the Beer Model didn't have many of those.
I liked all of the second flight as well.
They seem to keep their "Our Beers" section of the website fairly well updated, so you can check out their selection before you go. 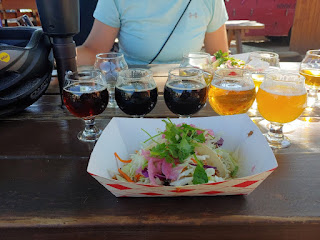 My favorite beer was the Black Lemon Saison. 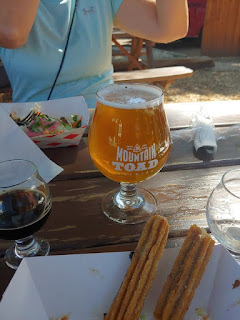 We enjoyed our beers and lunch from the food truck.
It was an awesome Saturday afternoon.
Of course, we had to ride back afterwards. Since the ride into Golden was all downhill, the ride back was all uphill. Not ideal, but not too bad.
If you find yourself in Golden, Colorado wanting some nice beer, drop by.
Ok. We are now up to "N". I think this will be another one where we only really have one logical choice.

Stay tuned on Sheppy's Blog: A to Z and you'll find out what we picked.

If you want to guess ... it will probably be one of the breweries on the Colorado Brewery List.