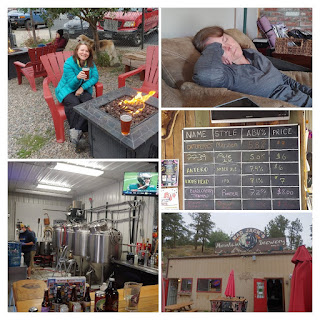 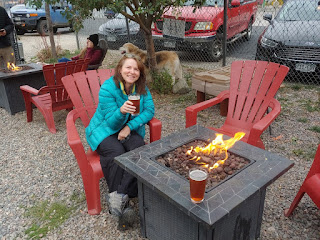 Her logic was that Mad Jack's sounds like it could have an "X" in it. "In the blog post", she said, "you can spell it J A X".
Yes. She actually said that.
I had another brewery in mind ... but what the hell ... we've been past Mad Jack's Mountain Brewery, but never stopped in. It being their Oktoberfest celebration and the fact that I had interest in stopping in.
Why not. 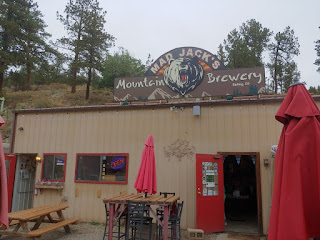 So ...
X is for Mad JaX Mountain Brewery 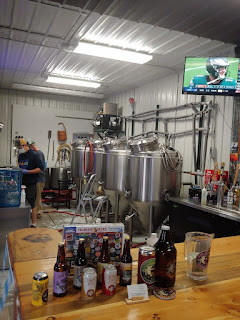 Mad Jack's Mountain Brewery is located in Bailey, CO, right off 285 in a nice little mountain shack of a brewery.
They had pretzels brats and other sausages for Oktoberfest.
They have a pretty decent beer garden, and we were able to get seats by a little fire pit. Bailey, CO is an awesome little mountain town. 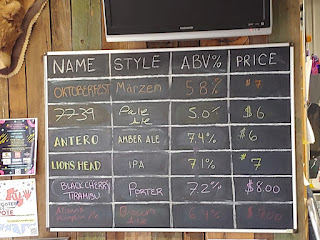 Of course we had to try their Marzen. Between the two of us we also tried their Pale Ale and IPA.
Their beer was good. The Oktoberfest was fun. I'm glad we stopped in.
So, after "X" comes "Y".
What will we pick? I honestly don't know. I just hope we have a better tie to "Y" than we did to "X".
Stay tuned ... we'll find out together.