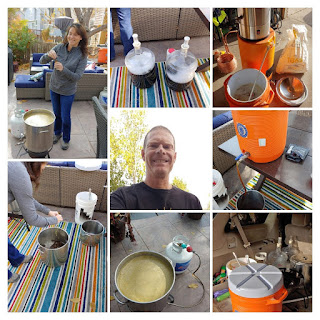 If you've been following the blog over the past few months, you may remember that I've been playing with a Lithuanian Farmhouse yeast that I was able to harvest from a local brewery.
The awesome thing about this yeast is that it ferments fairly clean beers when fermented in the 80's and 90's Fahrenheit.
I've brewed Sveikas Lithuanian Farmhouse Ale, Lithuanian Lovin' Wheat and Lithuanian Strong Pale Ale in the heat of the summer.
But, Denver weather has been cooling down. I still have some harvested Lithuanian Farmhouse yeast. I thought it would be interesting to see how the yeast performed in Autumn weather.
And, so I designed an Autumn Ale recipe ...
Lithuanian Autumn Ale 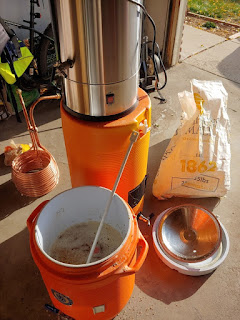 I'd been texting my brewing friends "Doc" and "Du" about getting together for a socially distanced brew day.
And, last Saturday, we decided to get together at Doc's home brewery. 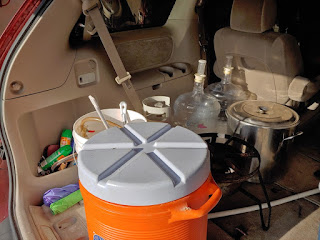 Saturday morning, I started my mash at my house and the Beer Model and I packed up our brewing equipment to head over to Doc's house. 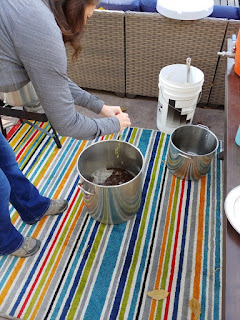 By the way ... I actually made a check list this time. Hopefully I remember it next time I travel somewhere to brew. 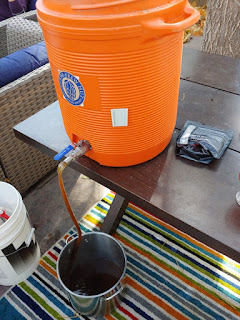 So, I got to Doc's Brewery ready to heat up the sparge water and collect wort.
I tend to make my recipes pretty simple when brewing with these guys so that I'm less likely to forget to add things. For some reason, I'm less focused when around these two. It might have something to do with having to try all the beers that are around.
In this case, I only had one hop addition to worry about. 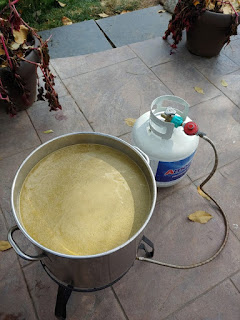 I got the boil done. Before the other two. 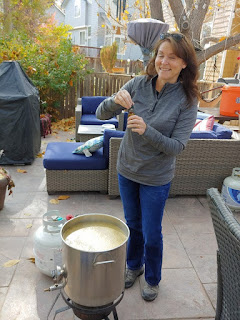 I only had to chill to around degrees. 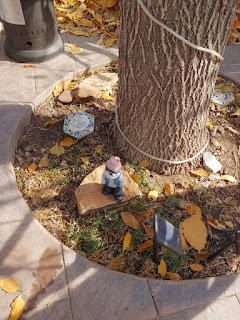 I racked to two 5 gallon fermentors so that sloshing driving home would not result in spilled wort.
I pitched when I got home. 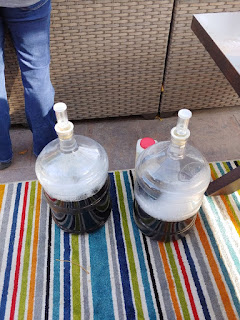 I was done brewing before the other two, but I stuck around helping them finish (and helping finish beers).
It was a lot of fun as always.
My beer has been fermenting a few days now. I started in the upper 70's and over the next few days, it fell to the lower 70's.
It didn't finish as fast, but it seems to have done as well as a "normal" yeast. I may keg this weekend.

As always, stay tuned on the regular SheppyBrew Channels to see what is happening with beer and other things: SheppyBrew's Facebook Page; Sheppy's Twitter Feed; SheppyBrew's Instagram Page; and SheppyBrew's Website.
Of course, don't forget to visit this blog often as well!
Go Bears!
Posted by ESheppy at 10/27/2020 06:10:00 AM