Y is for Over Yonder Brewing Company 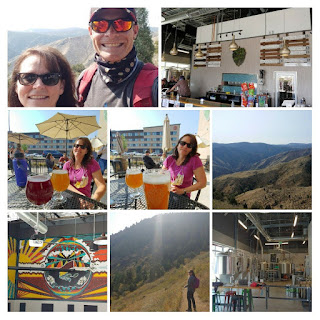 As you know if you follow this blog, I am in the process of working my way through local breweries alphabetically.

If you don't know what I'm talking about, take a look at Sheppy's Blog: A to Z ... and I think you'll get the idea.

After the complete debacle of X is for Mad Jack's [JaX] Mountain Brewery, I thought I should redeem myself fairly quickly with a "Y" brewery.

Even though it wasn't my fault. That was all the Beer Model's doing.

Luckily, she's extremely attractive, and so people are able to overlook these sort of things.

This past Saturday, we went on a hike in the foothills over Golden, Colorado. After the hike, we stopped by Golden's

Y is for Over Yonder Brewing Company. 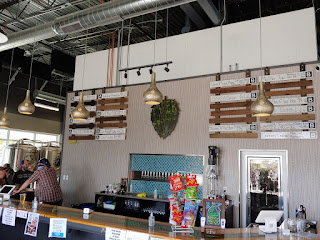 I ridden my bike past this brewery several times, and thought I should stop by. If you're familiar at all with West of Denver, you know that just off I70 on the way to the mountain, there are quite a few park-n-rides.

This particular brewery is in a little strip mall type area right by one of those park-n-rides.

Great stopping off location coming back from the Colorado Mountains. 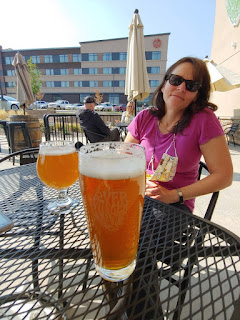 Or .. in our case .. coming back from a hike over Golden, Colorado.

Practically speaking ... you can see it from either the Wooley Mammoth or T-Rex Park-n-Rides off I70 West of Denver. 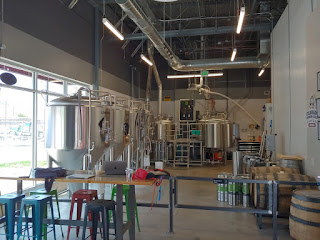 A bonus ... both the tap room bartenders are Bears / Blackhawks fans.

The tap room is nice. There is a decent amount of both outdoor and indoor seating ... even with the social distancing rules. 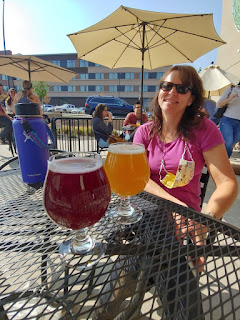 Between the two of us we had: 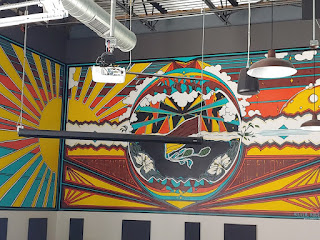 They had quite a few more beers, and seem to do a good job of keeping there beer list up-to-date, so if you're interested in seeing what else they have ... check out their Beer Menu on their website. 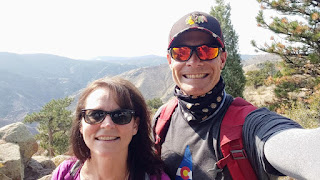 So ... if you find yourself in the area around I70 between Golden and Morrison ... check them out.

Currently, their Taproom & To-Go Hours are:

Keep an eye on Sheppy's Blog: A to Z to find out.