So ... if you've been paying attention ... you know that fairly recently I brewed the 4th beer in my Homebrew Colorado 6 pack. 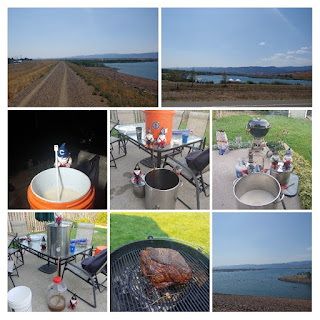 One Hundred Hoppy Brown Ale was inspired by a beer that Boulder Beer Company used to brew a beer called Flashback India Brown Ale. I liked it enough to include in my 2013 post Colorado 6 pack.

I really liked that beer. It is a shame that it isn't brewed anymore.

"Boulder Beer Company was Colorado's first microbrewery, starting serving beer in 1979. It is located in Boulder, Colorado (duh ... right?) along with lots and lots of other craft breweries. They have grown quite a bit since 1979 and are no longer a microbrewery, but I get the feeling people tend to forget about Boulder Beer. I do really like quite a few of their beers.

At the moment, though, their Flashback India Brown Ale is my favorite of their entire beer lineup. It was originally brewed to commemorate the brewery's 30 anniversary, but quickly become a year-round beer. It has all the toasty and toffee flavors of a traditional brown ale with a bit of roast, but is hopped like an IPA, citrusy and piney. Sort of the best of both worlds. I love this beer." 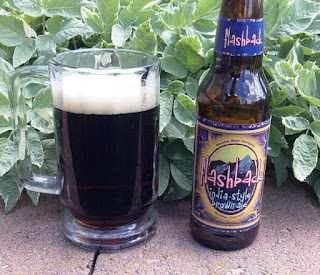 Well .. luckily ... as a homebrewer, when I can't find a beer that I really liked in the past ... I can brew something similar.
And ... I've been drinking this batch of One Hundred Hoppy Brown Ale for awhile now.
It is delicious.
Like flashback, it has an American Brown malt backbone with IPA-like citrus and pine hops. It has great hop aroma and flavor.
It has been years since I've had Flashback, but I'm confident that One Hundred stacks up favorably with the commercial beer. 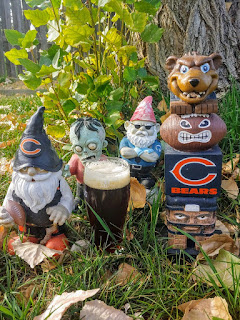 Right now, I think it is my favorite beer on tap. Success!
The next beer in the Homebrew Colorado 6 pack is based another beer that no longer exists ...  Oskar Blues Deviant Dale's India Pale Ale.
I actually don't have a homebrew recipe for it yet, but I have a plan on how to create the recipe by starting with the AHA's Zumurgy Clone Recipe of Dale's and building it up from there.
Keep an eye on Sheppy's Blog: 6 Pack Project and you'll see what I come up with.
Go Bears!