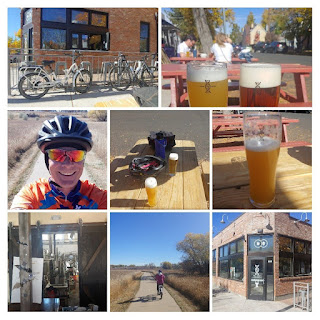 It has been awhile since we biked to M is for Mountain Toad Brewing.
I actually don't think the Beer Model had been on her bike at all since Mountain Toad.
But this past weekend, we decided to continue our exploration of A to Z Denver Breweries.
As I mentioned in M is for Mountain Toad Brewing, there was really only one logical choice for our "N" brewery.
I'd actually ridden my bike by this brewery a couple times on my various biking journeys.
It is a nice ride from our Home Brewery along bike paths to ...
N is for Novel Strand Brewing Company 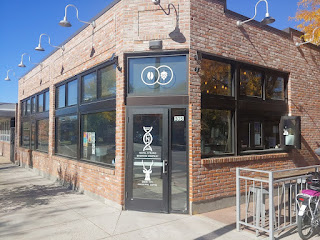 Novel Strand is a nice little "boutique" brewery in the Baker Neighborhood of Denver. It actually shares a space with a coffee shop, Queen City Coffee Collective, which is a good partnership.
The address is 305 W 1st Avenue Denver, Colorado 80223. 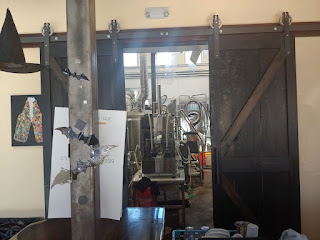 There isn't a whole lot of space in their tasting room. There is a few picnic tables outside, which is where we sat.
There was a food truck scheduled, but we decided to pack a lunch. We never actually saw the food truck, so I don't know if it just showed up later or not. 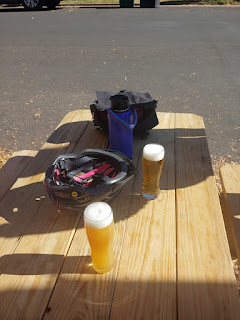 This place doesn't serve flight-sized pours, but they do serve 10oz beers, so we shared a selection of beers in the 10oz size.
Their online menu seems to be up-to-date and we used the typical QR code to open the menu on our phones. 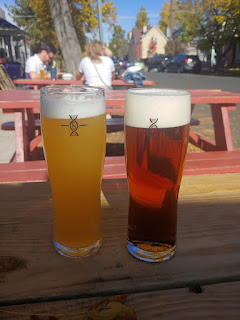 The beers that we had were... 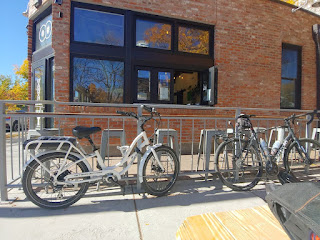