U is for Upslope Brewing Company 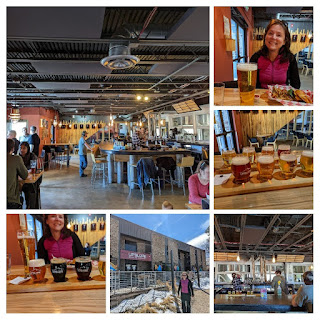 If you follow this blog, you know that a couple weeks ago, I posted T is for Tivoli Brewing Company.
If you're familiar with the A to Z Denver Breweries series of posts, you know that next up was a "U" brewery.
According to the Colorado Brewery List, there is one brewery in the Denver area that starts with the letter "U", and I used that one in Round 1 way back in January of 2017 ...
U is for Ursula Brewery.
I had to get a little creative in Round 2 with U is for oUter Range Brewing Company. Not only does "Outer Range" not start with a "U", but it is not really in the Denver area.
So ... for this round of the A to Z project, I had to expand my criteria a bit. As it turns out, Boulder, Colorado has a few breweries that start with the letter "U" including ...
U is for Upslope Brewing Company 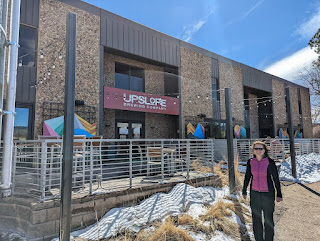 Upslope actually has a couple of tap rooms. Both are a little less than an hour drive from our Home Brewery.
We picked the "Flatiron Park Tap Room" which is located at 1898 S. Flatiron Court Boulder, CO 80301.
This is the primary brewing location for Upslope. They do most of their production brewing here. 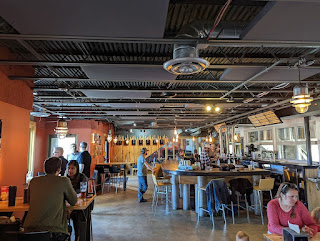 So, Saturday morning, we got into the car and drove about 3/4 of the way to the tap room for a little hike.
We hiked a couple of hours and then headed over to the brewery. 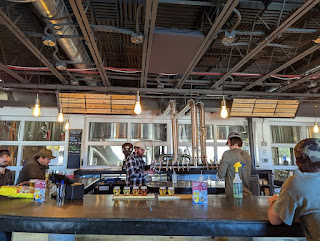 We were greeted by an extremely friendly bar tender, who was nice enough to give us two flights of four beers (total of 8 tasters).
While he was pouring those, we ordered food from The Mighty Burger who has partnered with Upslope to provide food in this tap room. 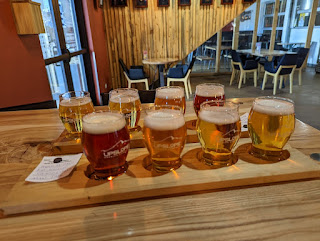 The beers we had in the flights were:
All these beers were great. Mexican Style Dark Lager was probably my favorite, but I honestly really liked them all. 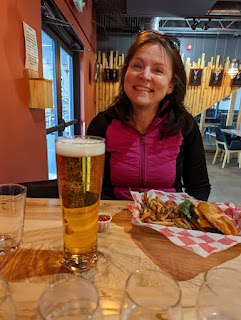 After the first two flights, The Beer Model (aka my wife) got a pint of the Craft Lager and enjoyed her food.
I ordered a third flight of fours beers.
These were all good too. The Munich Dunkle was my least favorite of the beers I had here, but it was still good. 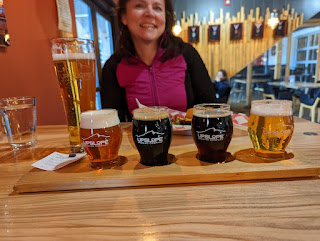 The beers were great and the food was delicious. The atmosphere seems fairly awesome too.
This is a great place to eat and drink. I highly recommend it ... especially if you're in the area anyway.
They are open every day from 11AM to 10PM. 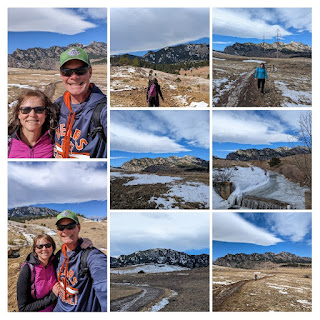 Now that we've found a "U" brewery, you can probably guess what come next.
"V" is going to be another challenge for us. We'll either have to travel again or get creative in our artistic license of what a "V" brewery means.
Let me know in the comments if you have a suggestion.
Otherwise, keep watching Sheppy's Blog: A to Z and you'll see what we come up with.
Go Blackhawks!
Posted by ESheppy at 3/14/2022 06:16:00 AM