Sith (and other dangers) in my house

I live in terror. 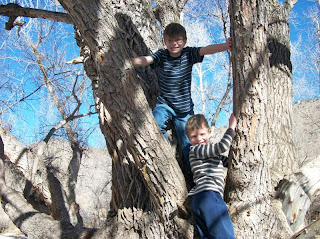 I am guessing that you don't remember, but I've shared on this blog some of the weird (and usually completely frightening) things that happen to me.  It appears to have started shortly after we started having children.

Quite often (especially early on in my adventure of fatherhood), I will get attacked by all kinds of wild animals.  I've literally been mauled by lions and tigers and bears (oh my) in my own home.  I've been munched on by crocodiles, chomped on by human-child-sized piranha, literally eaten by rocky-mountain sharks (bet you didn't even know sharks lived in the rocky-mountain-wild).  Poisonous snakes have bitten me.  Non-poisonous snakes have tried to swallow me whole.  Various types of dinosaurs have succeeded in swallowing me whole (not a pleasant experience in case you were wondering).

Batman has been in my house fighting crime.  Cowboys and pirates and all kinds of rough and dangerous people frequently wander though my house picking fights with each other (and almost always with me).

Sometimes, I'll even change into something (very strange, right?).  Like, just the other day, I was minding my own business when I dropped to all fours as I became a horse.  Not just any horse, but a bucking bronco.  Two of those rough and dangerous cowboys started jumping on my back and I had to try to throw them off.  Too often for my liking, I'll be lying on the floor and all-of-a-sudden, I'll turn into a slide (yes, a slide).  Wild boys who have most likely been raised by wolves will jump on me and slide down my legs.

This sort of thing happens to me ALL THE TIME!

In my house, DANGERS ARE EVERYWHERE.  Yes, I am in danger all the time.  I've just barely started scratching the surface of the weird and scary things that happen right here in my house.

Interestingly enough, my wife hardly ever gets attacked and/or transformed into non-human things.  Weird.

Lately, I am terrified to say that a Sith Lord has been hanging around my house.  He looks disturbingly like Darth Vader, although, I know it cannot really be Vader since he died in 1983 at the end of Return of the Jedi.  Plus, this particular Sith Lord is a bit shorter than I remember Darth being.

One of the really scary things about this particular Sith Lord is that he keeps telling me that he is my father.  Creepy, right?  Either my parents did not tell me something, or this guy is lying to me, because my father is much taller than the Sith Lord currently haunting my house.  But, it is hard not to at least wonder.  This Sith Lord is very persuasive.

The other night, my wife told me that a Darth Vader was sleeping in Connor's bed.  I'm betting that it was not Vader but was, in fact, the very Sith Lord I've been discussing.  My wife didn't seem too concerned.  Her lack of concern for her missing child is a bit bothersome, but in her defense, I brew a lot of beer, so maybe my wife was drunk.  I, of course, was unable to rush into Connor's room to demand the Sith return my child, because, well, I cannot discuss why not because I want to try to keep this blog rated PG (if you know what I mean).

This Sith Lord does very mean things to me.  He will use The Force to throw me around the house.  He chops off arms and legs and even my head sometimes with his light saber.  Luckily, one of the positive side-effects of all these strange things that happen around my house is that I now have certain super powers such as coming back to life and growing limbs and turning the starches of malted grains into sugar and then into alcohol.  Even so, it sucks to have body parts cut off by a light saber.  Trust me on this one.

So, this is just one more thing I have to live with.  The constant danger is a bit of a bother, but at least my life isn't boring.

In case you were wondering, my Sith Lord does not try to start my mini-van or our car with the force (like this one).  But, I am sure that if he tried, he would be able to do it.

Here are some pictures of us at Mt. Falcon this past Saturday: