Today around lunch time, I noticed that May 2011 has surpassed September 2010 as the month with my blog's most "page views". The total in September 2010 was 1008, and was by far the most popular month for my blog (until this month, of course). I posted quite a bit in September 2010 about my GABF experiences , and I know quite of few of my virtual-friends from the Mr. Beer community stopped by to read those posts. Since blogger has started providing the stats, this blog averages around 740 page views a month, so getting more than 1000 is pretty significant.

The popularly of "Cider Drinking and Breast Flashing" caused a huge portion of the traffic this month. Personally, I think just about any of the other blog posts this month have been more interesting, but I guess people just really like cider, and were excited about finding out how mine turned out.


I am pretty sure this month will also be record-breaking for the SheppyBrew Nano-Brewery. Since I've started brewing, I don't think I've gone a month without brewing at least one batch of beer. This month, I am giving myself half a batch because the only brewing SheppyBrew did this month was on the Beer Model's Brew Day, and the Beer Model did at least half the work on that brew day.  I didn't literally go through the SheppyBrew Brewing Calendar to see if I actually have brewed every month, so it is possible that I am wrong about this record, but I am pretty sure about it. 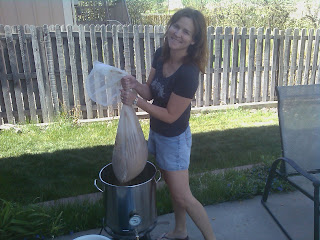 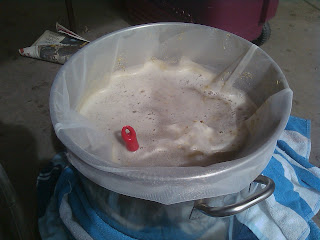 Despite the fact that I have not brewed very much over the past couple of months, my home-brew inventory is at an all-time high. I do not really have room to store more beer. My beer fridge is about full. I might be able to shove another home-brew six-pack into my "commercial" beer fridge, but not much more than that. There is even some home-brew in our food-fridge. And, now I have a keg in my kegerator and another getting ready to go in there. My conditioning coolers are not completely full, but almost, and I still have not gotten all my Gringo bottles out of the carbonation area of the basement. I'm either going to have to slow the brewing down even more, drink more, or give a bunch away. I may have to employ a combination of those tactics.

But anyway, those two records are pretty exciting ... aren't they? I may have a celebratory home-brew or two to mark those two accomplishments.
Posted by ESheppy at 5/25/2011 11:12:00 PM