B is for Baere Brewing Company 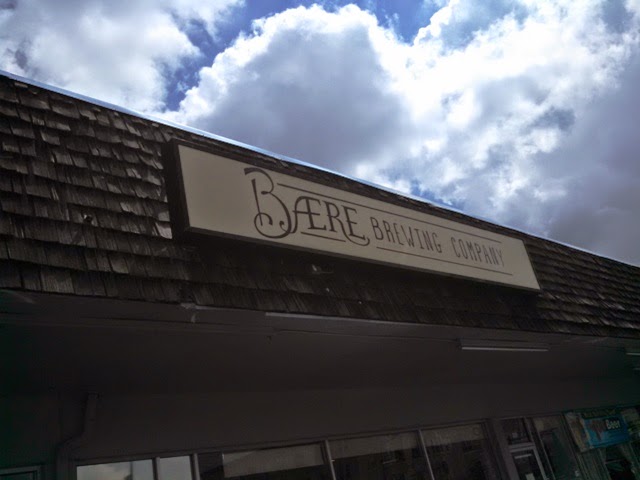 Next up was B. My List actually had 3 breweries whose names began with the letter B.

No one gave a suggestion in the comments, so I just randomly picked one.

They are located in a little strip mall at 320 Broadway, Suite E, Denver, CO 80203. Baere is fairly new (opened July 2014). Somebody told me something good about it at some point. I don't remember who and I don't remember what they said, but I do remember it was something positive. 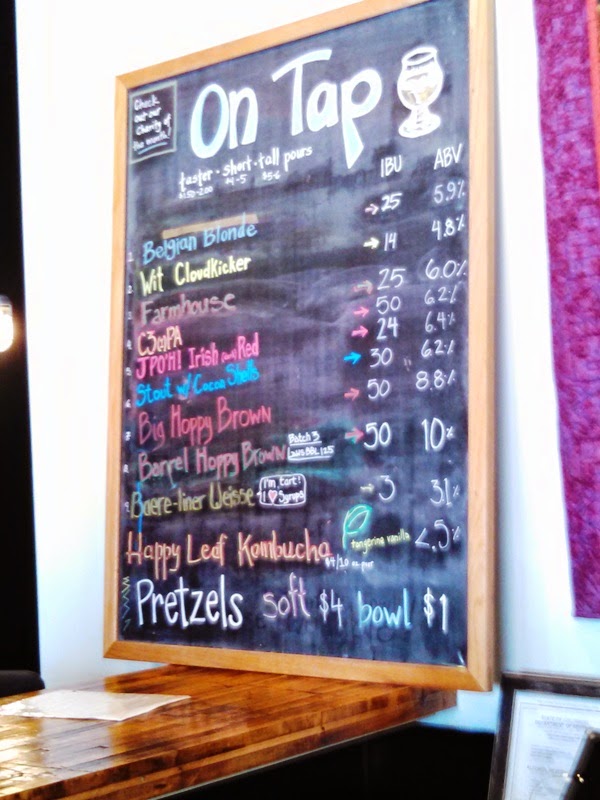 They are a very small brewery with only a 2.5 barrel brew-house. Their selection of beers on the website looked like there was plenty of variety. It seemed as good a choice as either of the other two.

I am going to have to make a point of visiting Beryl's Beer Company and Black Shirt Brewing Company as well. but for now ...


B is for Baere Brewing Company

Note, I had a little trouble finding the place because at first I went to 320 S Broadway. I, of course, wanted 320 Broadway Street. When I figured out my mistake, though, it was fairly easy to spot.

For such a small brewery, they had an excellent selection on tap. They are not filling growlers currently so that they don't run out of beers. I wanted to bring one home, but I certainly understand their reasons.

The bar-tender was super nice and gave me a bunch of nearby suggestions of places that would fill a growler for me. She even went and grabbed the brewer to help her think of places.

I ordered "my usual" for a new brewery visit ... a sampler flight of everything.

The beers they had were: 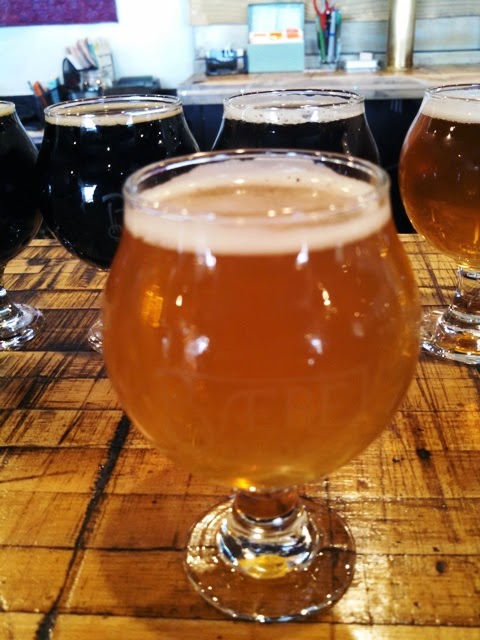 Wit Cloudkicker ... 14 IBU 4.8% ABV ... I don't usually go for Belgium Wits as usually people go too nuts on spices with them. This one was nice, though. Exactly what a Wit should be. 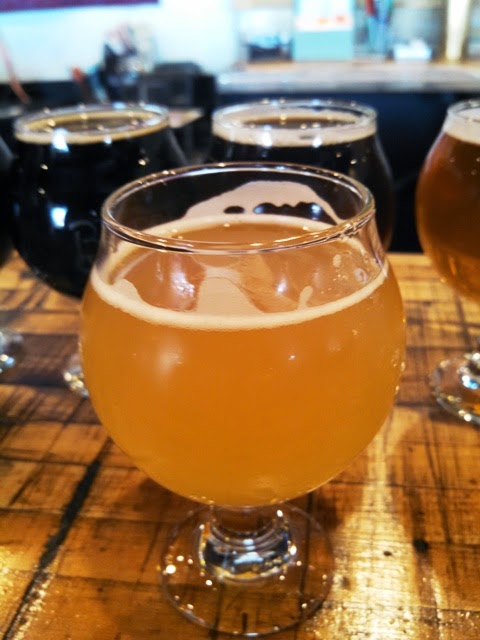 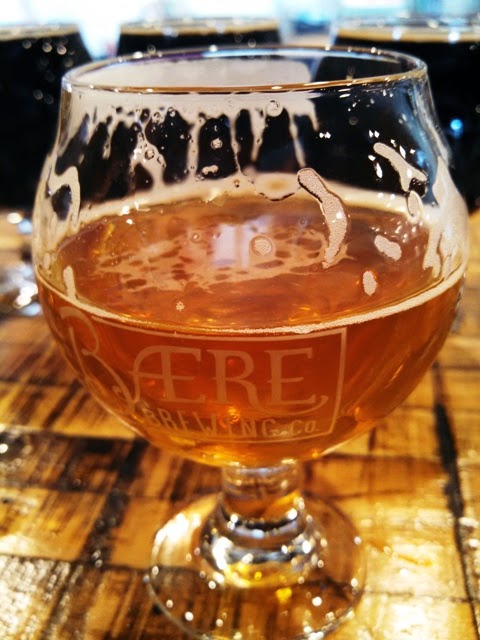 J PO'H! Irish Red ... 24 IBU 6.4% ABV ... This is a nice Irish Red. Too often I feel like Irish Reds use too much caramel malts. This one didn't have that issue. There was just the right amount of roast, I thought. 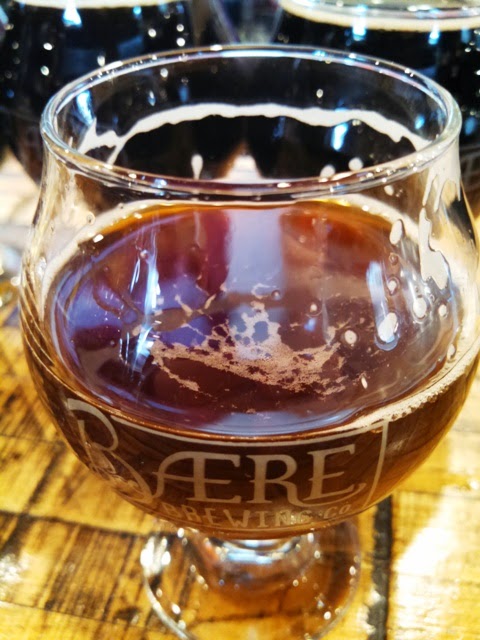 Stout w/Cocoa Shells ... 30 IBU 6.2% ABV ... Cocoa is another ingredient that I think can be overdone. I thought this one had the right amount. 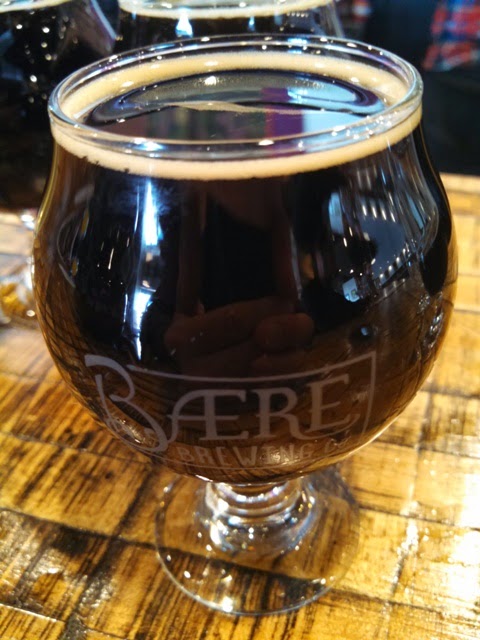 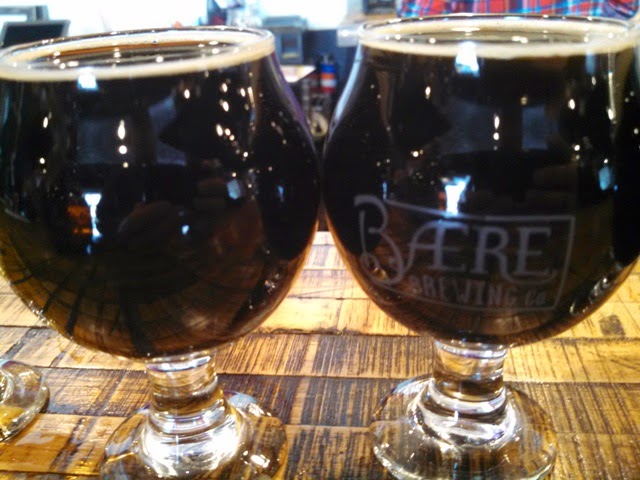 Barrel Aged Big Hoppy Brown ... 50 IBU 10% ABV ... My least favoite of the flight, but still pretty awesome. Didn't come across quite as hoppy, and had a bit of a "boozy" character. These are characteristic of Barrel Aged beers, and many people love this. I just don't as much.

Baere's beers were all delicious.

The tap room is a pretty good size considering how tiny their brewing area is. This is a nice little local brewery. I completely suggest stopping in if you get a chance.

Their taproom hours are:

Next up, my list has several Denver Breweries that start with the letter "C". Here are the s that I am trying to decide between:


Let me know in the comments if you have a vote.

You can always find out where I am in the alphabet on this list at Sheppy's Blog: A to Z