The recipe for Summer Lovin' has been around for quite some time, and I use it as a base for a few fruit beers. Most notably, Apricot Lovin' American Wheat and Boo Berry American Wheat.

The beer was originally created because The Beer Model wanted something like New Belgium's Sunshine Wheat. You know ... light and refreshing with coriander and orange peal. It is a wheat beer without the banana and clove of the German Weizen. Just a nice summer beer to sip or chug or whatever you prefer.

Feel free to inspect the recipe at 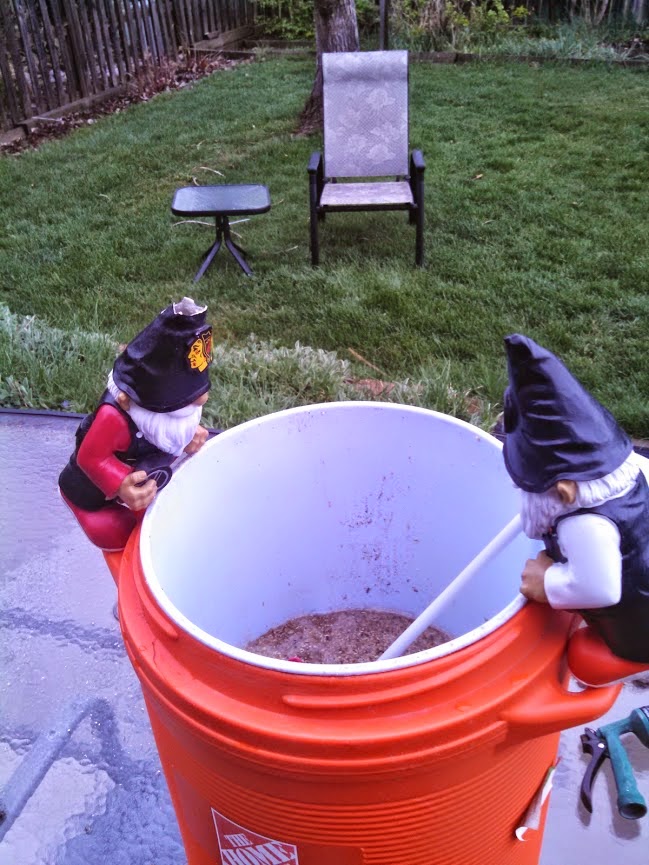 I started the brew day early and had the mash going at about 4 am. Then, I went back to bed.  By the time I was back awake and sparging, it was about 7:30. The mash started at about 150 and ended up at around 140. 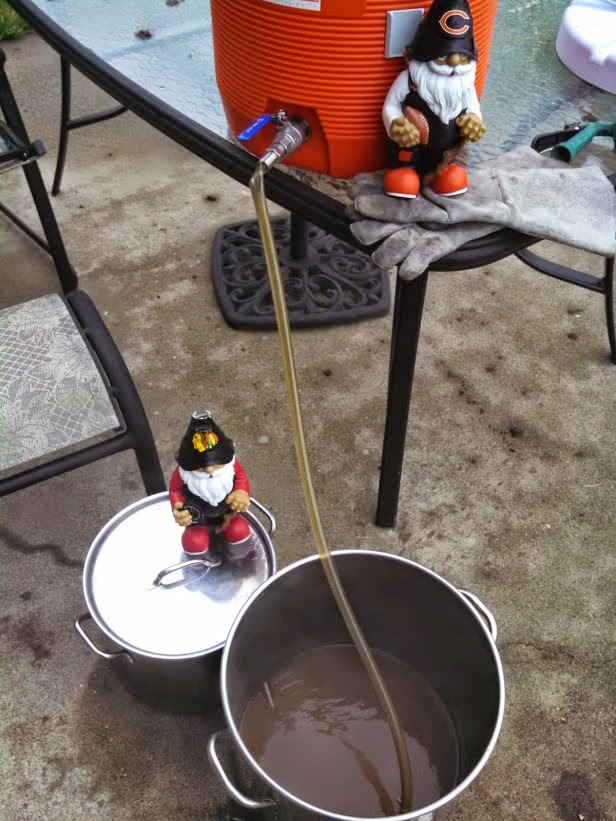 Usually when I do wheat beers, I use a grain sack inside my mash tun so that if there is a stuck sparge, I can easily recover. The past few times, I have not needed it, and Sunday I skipped it.

Mistake. I had a stuck sparge.

To recover from the stuck sparge, I ended up scooping the mash out into a grain bag in a pot. It didn't turn out too bad. In fact, my pre-boil gravity didn't suffer at all, and was even a bit high. 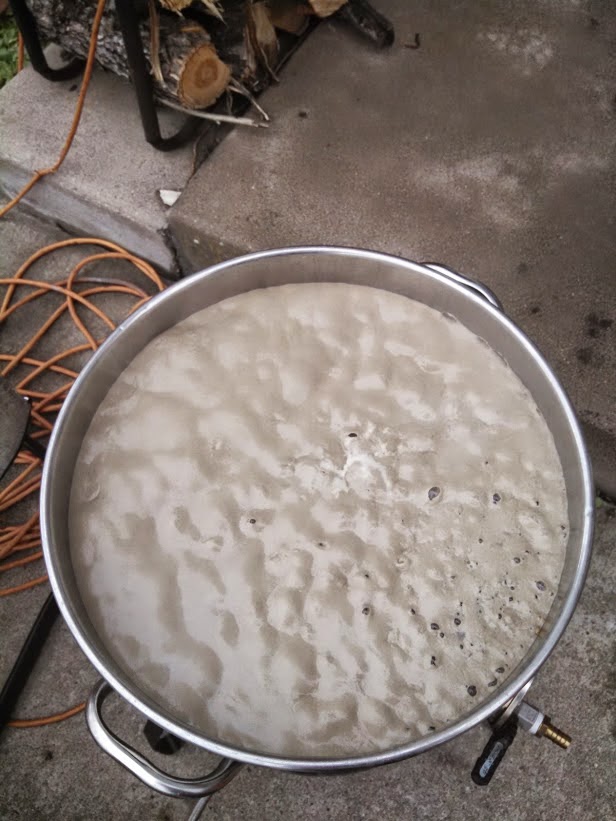 The boil was fine. I remembered all my additions, and the gravity tracked pretty well. 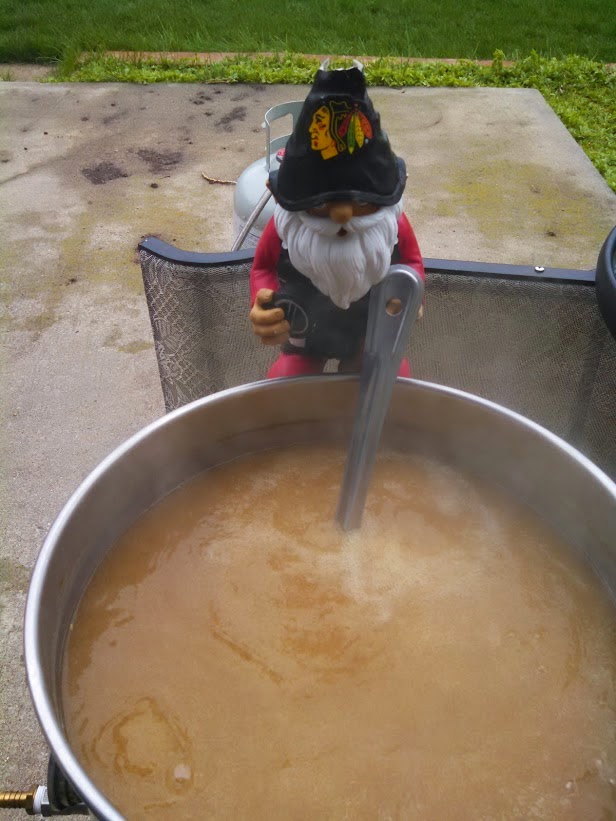 I didn't have a whole 8 ounces of honey, so I after the boil, I added what I had (about 5 ounces). At the same time I added orange zest.

My OG was a little low at 1.050, but this isn't supposed to be real high in alcohol anyway. It is fine.

I ended up pitching at about 66 degrees and let it sit overnight. When I woke up in the morning, the wort was down to around 62 and the yeast was working away.

It is still going strong today. There is a pleasant orange fruit aroma coming out of the air lock. Things are going perfectly.