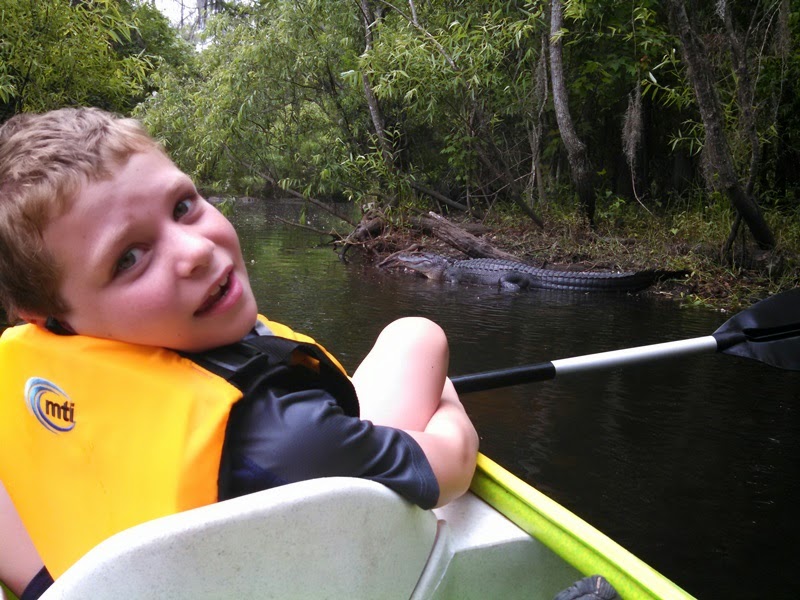 If you follow the blog, you may recall that we spent "Spring Break" in Orlando Florida.

Another thing we did was to seek out alligators.

We even found some. Oh boy did we. 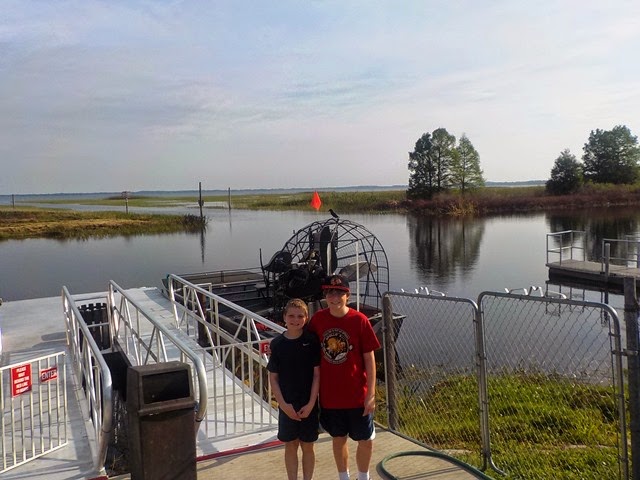 We started out with an air-boat ride. This was cool. We'd never been on one, and it was fun to ride around. 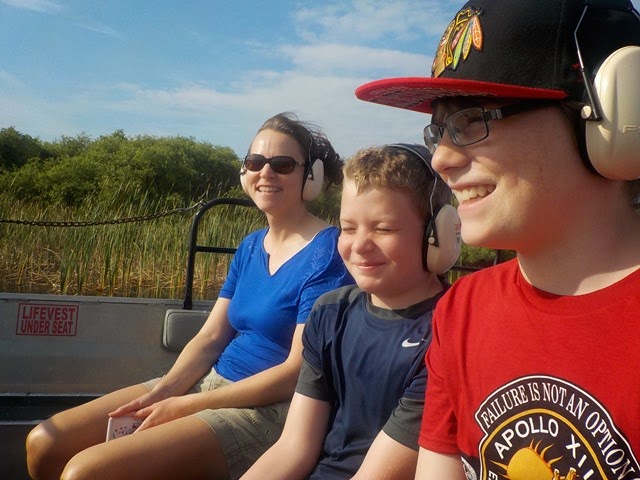 The scenery was beautiful and there were all kinds of interesting birds to look at. 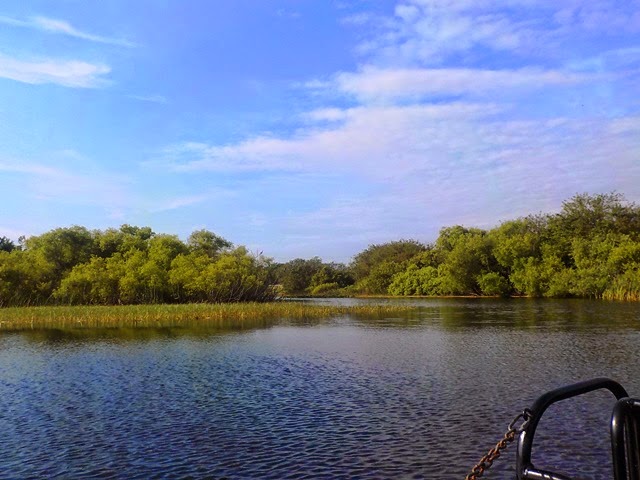 The driver even found us some gators to look at (sort of) close up. Most of the gators we saw were about 3 foot long couple were a little bigger.

I only got one of them with a decent picture on the camera. This one was a bit bigger than most of the others. 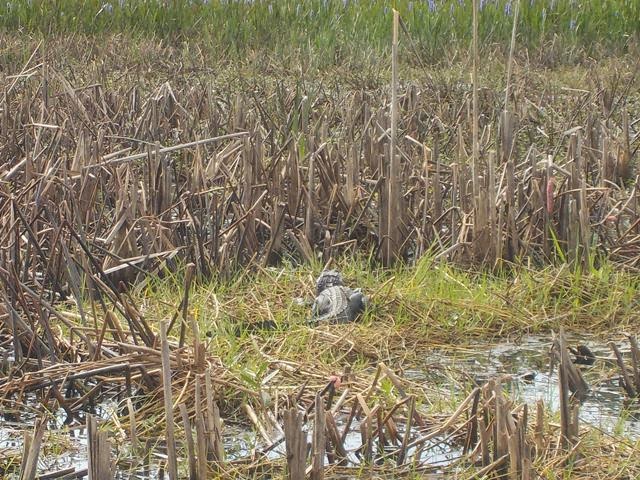 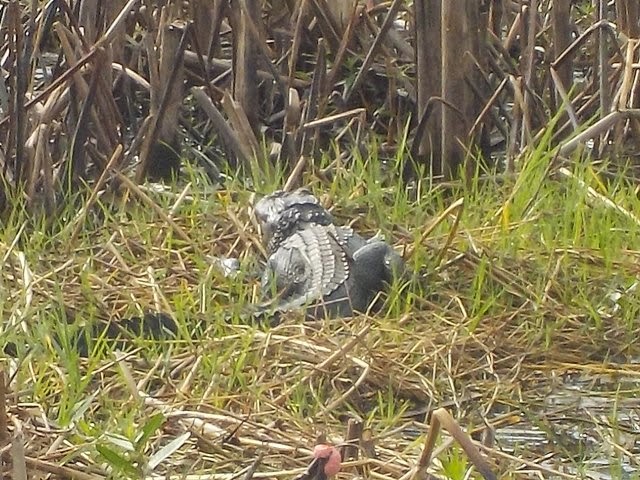 After the ride, the "Gator Guy" did a little presentation with "Zeus", a little alligator who is available to talk about and even hold. 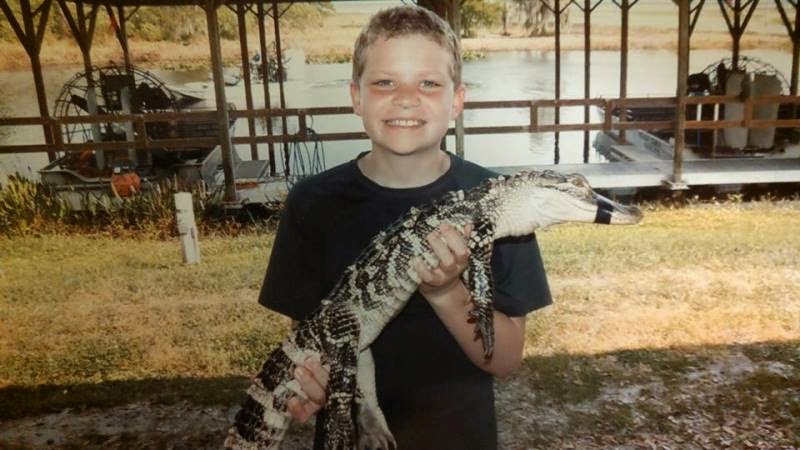 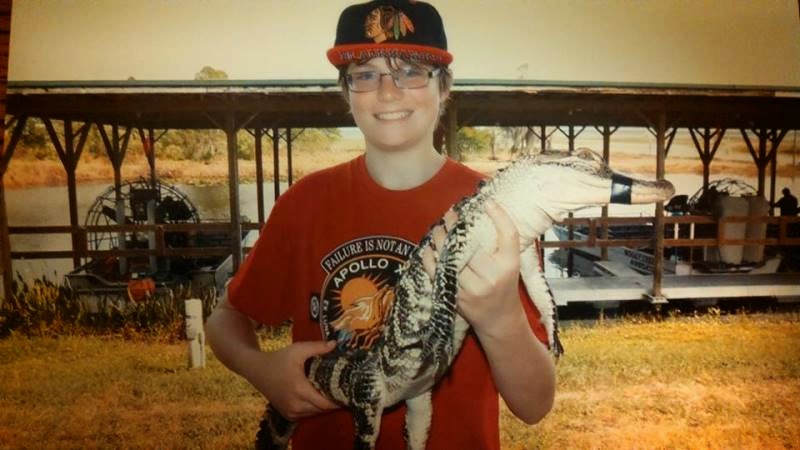 After the whole experience at the air-boat place, we headed back towards our condo and stopped at a place called Shingle Creek Regional Park for a picnic lunch.

We rented a couple of two-person kayaks to travel up and down the creek a ways. 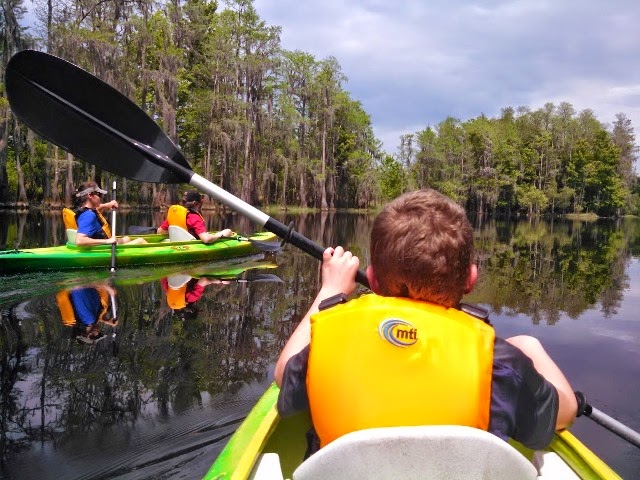 We saw lots of birds.

We saw tons of turtles. 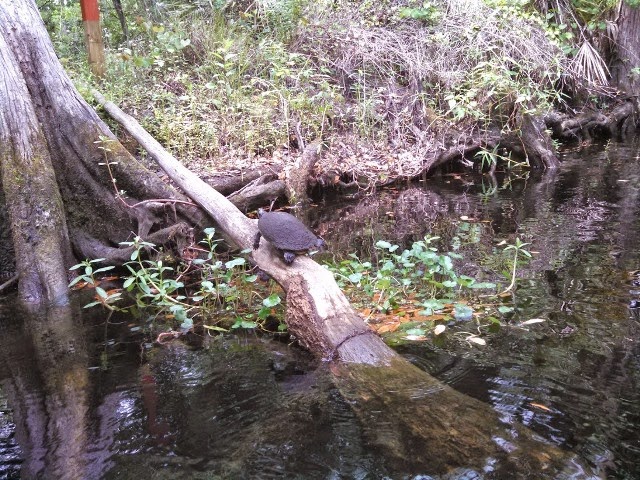 But the whole time, you know what we were looking for.

We were looking for Gators. 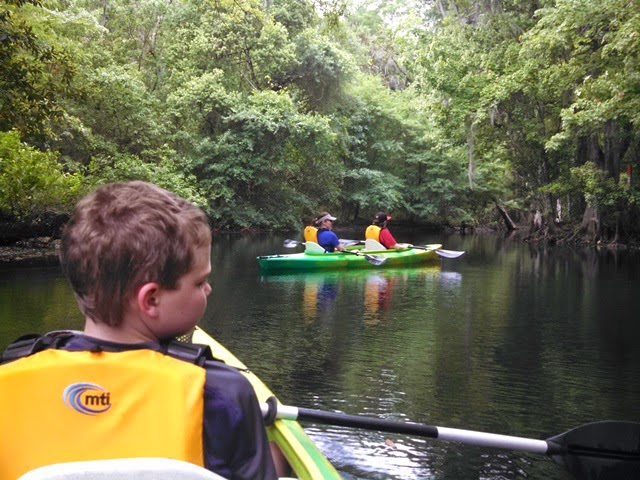 And we saw some big ones. Big compared to what we had seen so far. 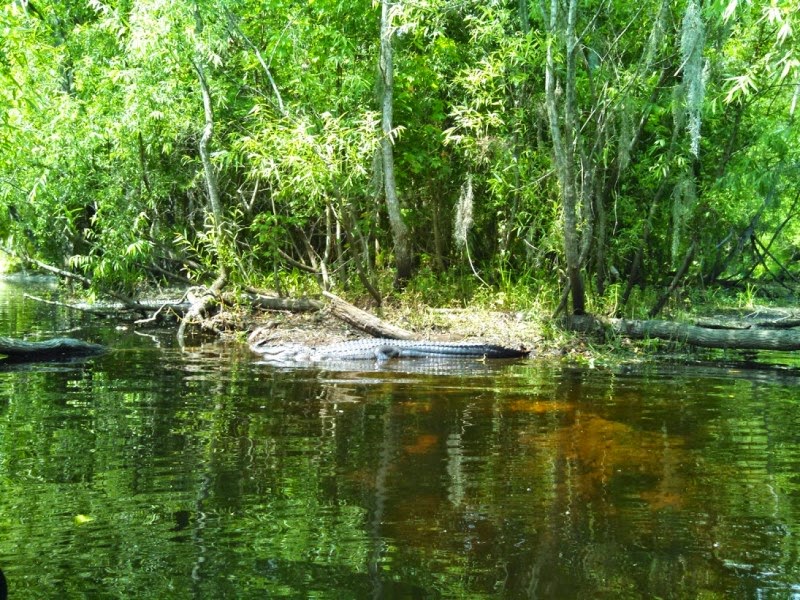 My younger son and I were actually talking to each other wondering if we were going to find any when through the trees, I saw the characteristic back of a gator. I pointed him (or her ... I don't know) out. It took me awhile to realize ... "wow that is a big one".

As it turned out there were two big ones. The one on the shore (the one you can see in these pictures) and one in the water right by the other one. It looked like the one in the water had a bigger head, so I assume he (or she ... I don't know) was bigger, but it was hard to tell as we could only see the head of that one.

I am not qualified to accurately estimate the size of a gator, but it was certainly longer than I am tall. It was probably 7 or 8 feet long. Again, I think the one in the water was even bigger.

Right before I snapped the photo of my son and the gators, the one in the water submerged.

So, somewhere under water between our kayak and the shore, which really isn't much more than 30 or 40 feet, is what I would estimate to be an 8 foot long alligator.

That made me a little nervous, but the guy who rented us the kayaks assured us that gators wouldn't bother us if we didn't bother them.

We continued to kayak and saw lots more beautiful scenery. We saw a couple of tiny gators. On the way back up the river, we saw our two big friends again.

Seeing those wild alligators up close was really very awesome.

If you ever have the opportunity, I suggest renting kayaks at Shingle Creek Regional Park and see if you can find them too.
Posted by ESheppy at 4/16/2015 07:08:00 AM