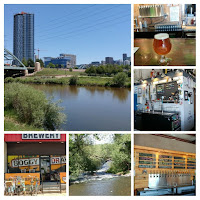 The end is in sight.

After V is for Vine Street Pub and Brewery, I only have 4 more letters in the alphabet.

So far, I've found Denver-area breweries that have started with all the letters from A to V. Will I be able to finish off the alphabet? Considering you've probably read the title of this post, you know I've found my W brewery.

Just in case you're new to this blog, and the concept of what I'm talking about ... check out Sheppy's Blog: A to Z ... I think you'll be able to figure out the concept. Pretty simple, I'm attempting to visit local breweries, and I'm following the alphabet to decide the order that I am visiting them. 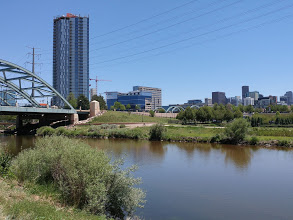 So ... as you know if you've been following this blog or SheppyBrew's FaceBook, Twitter, or Instagram feeds, I'm participating in the Great Cycle Challenge. I am raising money to benefit childhood cancer research and riding 660 miles during the month of June.

I was riding my bike in Denver and about lunch time, I noticed that I was close to Strange Craft Beer Company. And it was about time for them to open.

While I was there, I thought maybe I should make this a brewery ride. So, after finishing a sandwich and pint, I realized that I still need a "W" brewery and Wits End was just 5 miles away, pretty much on my way home. 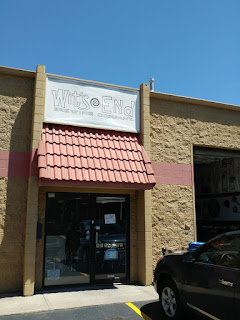 So, I stopped in at Wits End. I have been to this brewery before. I decided since I needed a "W" and I was there, I would add this to the blog.

Being on my bike I just picked one low-alcohol beer. 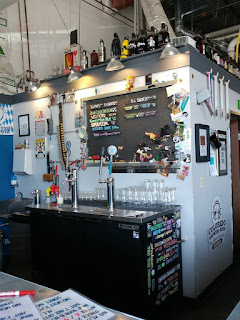 A pale ale called "You're Killing Me Smalls" jumped out at me as the best choice and I grabbed one.

It was delicious. And, since I was on my bike on a somewhat hot day, knowing that I still had significant miles to go, I appreciate a delicious low-alcohol beer. There are some breweries that don't carry many below-5% ABV beers. I wish everyone did.

While I didn't have more than one on this day, I have had Wits End beers before, and I don't remember having a bad one.

So, I like this place. It is small and homey. The beer is great. And it is bike-friendly to get to. For what it is worth, the other people in the tap room while I was there were also bikers. 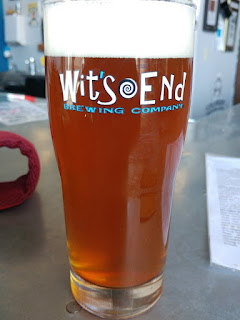 The Taproom Hours are: 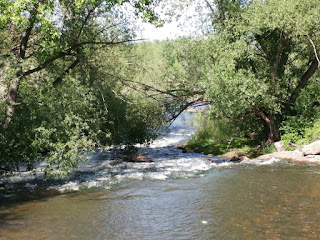 Come by and check it out. Ride your bike.

After Wit's End, I continued home stopping at two more breweries on the way.