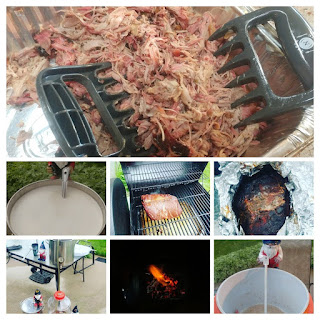 You may remember that back in January, I smoked a pork butt for pulled pork sandwiches. See Hickory Smoked Pulled Pork if you need a reminder.

It turned out great. And it was lots of fun.

At least it was lots of fun for most of the day.

To get that 9 lb pork shoulder done in time for dinner, I got started very early in the morning and kept the meat on the smoker for 13 hours.

My smoker is not a set and forget cook, so I was paying attention to the cooking meat most of the day.

At the end of Hickory Smoked Pulled Pork, I mentioned that in the future I would consider getting the butt to the wrap and then finish off in the oven.

Since then, I came to the realization that I could similarly finish off a pork shoulder on the gas side of my grill. 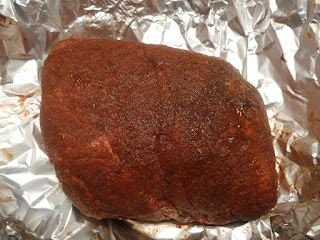 So, last Sunday is when I decided to smoke my second pork butt. This would give me an opportunity to try the new technique.

This time I went with a pork shoulder closer to 6 pounds than the 9 lb one from before.

I applied my homemade rub to the pork the night before. I didn't really write down the recipe of the rub, but it is close to the one I used on Hickory Smoked Pulled Pork. 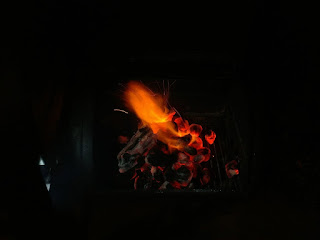 Because the butt was smaller this time, I got started a bit later than last time. Still, it was dark.

I got the meat on the smoker right at 5 am.

I also decided to do a batch of beer on Sunday. The beer I decided to make was the base of a "Radler" that I have named "Pomegranate Biker". I'm not sure I'm sold on the name, so it might change.

The base is basically a Kolsch. I'll add pomegranate juice later. 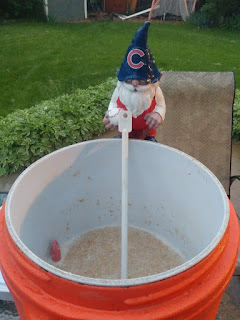 Anyway, the both the brew day and the smoke day really went well. I am getting better at fire management and I am able to leave the cook by itself for longer than I have been able to in the past.

NOTE: see the end of this blog post for a youtube video of the smoke and brew day. 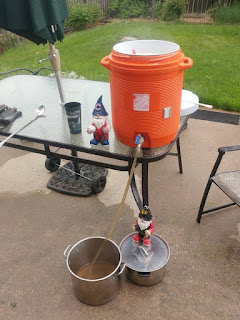 I am still getting my smoker temperature into the high 200's and even up into the 300 range, but not as much as I used to, and my deviation is closer to that 250 target.

Of course, brewing is pretty much second nature to me. As long as I have my brew timer set, brewing beer is automatic. 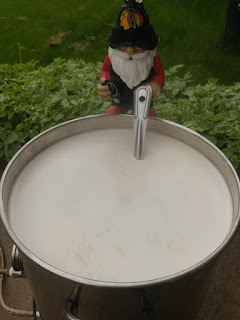 As far as the smoke, one thing I will do next time is remove the warming rack. The butt was thick enough that the warming rack touched the top of the butt. It affected the bark a bit, but not too bad. Even so, the warming rack comes out easily, so I might as well remove it. 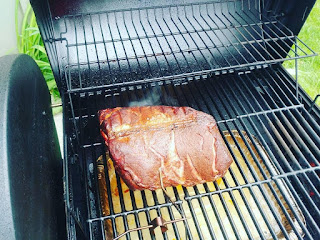 So, I kept an eye on the smoke. Added wood and charcoal as needed. Sprayed the meat with kombucha from time to time. 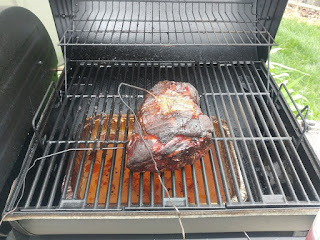 The beer boil was done around 9AM. The meat internal temperature was at 136. 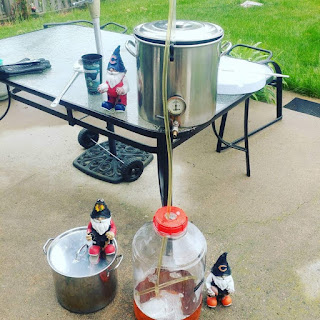 Somewhere around 11AM, I stopped adding wood and just had charcoal for the heat.

Right at noon, I took the butt off the smoker and wrapped it in foil. At this point, the internal temperature of the meat was 160.

I started up one burner in my gas grill and had it set a little above its lowest setting. This kept the temperature at just over 250. Perfect.

Once I wrapped, it dropped a degree to 159 (not a big deal). And then, the meat temperature simply stayed at 159 for almost an hour.

About the time that I was thinking that maybe I should move the temperature probe, the internal temperature started rising. 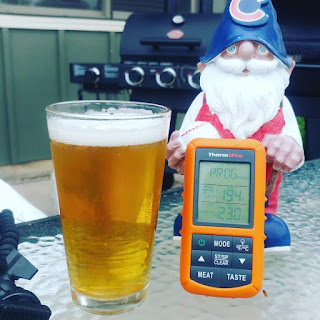 I started drinking beer and relaxing.

The beer was good. Relaxing was better. I even played some video games with my wife and kids.

Right around 4:00 or 4:15, the meat had an internal temperature of 204. I pulled it off the grill, and placed it in a cooler to rest for around an hour and a half. 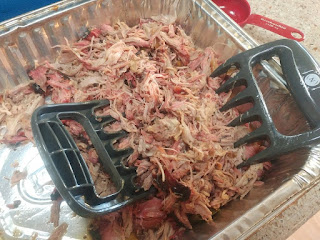 Then, of course, I shredded a little over half of the butt.

And we had pulled pork sandwiches 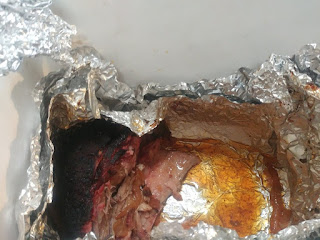 I had some for lunch at work the other day. Still delicious.

I have enough of the pork frozen to make some chili sometime in the future. Maybe some green chili. We'll have to see. 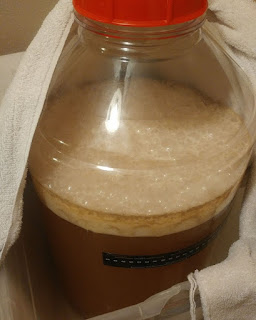 And, the beer fermentation is going well too.

Both the smoke and the brew day are major successes.

Here is the video I promised:


All in all a busy productive day at the "Brewery and Smokehouse".