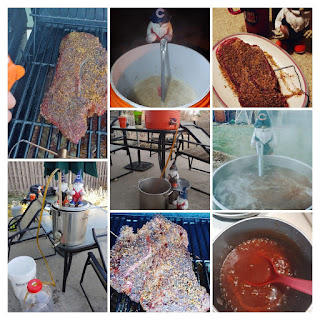 As a general rule, I don't brew clone beers.

To help raise much needed support for the recovery efforts, Sierra Nevada created a beer called Resilience IPA. Sierra Nevada, along with many of its professional brewing peers, brewed and sold Resilience IPA with all proceeds donated to the Sierra Nevada Camp Fire Relief Fund through Golden Valley Community Bank Foundation.

On the AHA Website, they posted a clone recipe for Sierra Nevada Resilience IPA, and wrote:

"It is our hope that homebrewers will make a batch of Resilience IPA in solidarity with Sierra Nevada and pro breweries across the country. While we can’t sell our creations and donate the proceeds, please consider donating to the Golden Valley Community Bank Foundation if you are able." 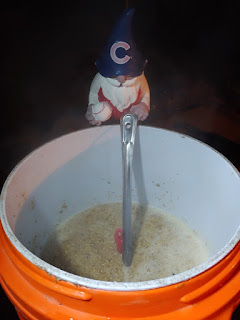 I decided to brew the beer. I needed to brew something, and an IPA sounded good to me. Plus, my local brewery Locavore Beer Works is brewing a version. I can compare my finished beer to theirs. That is always fun to do.

Anyway ... I brewed it on the first Sunday of December.

I started my brew day a little before 5AM, and had the mash going by 5:30. As usual, it was dark at that point.

I also decided to smoke a Chuck Roast for beef sandwiches for dinner. 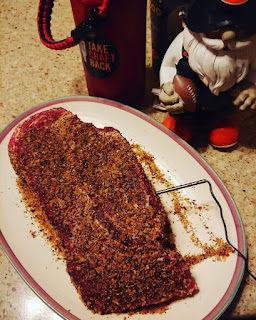 I started collecting wort as the sun came up. My boil started a little before 7:30. 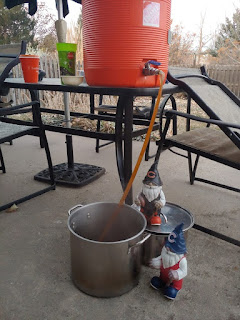 I had the chuck roast on the smoker about the same time that the boil began. 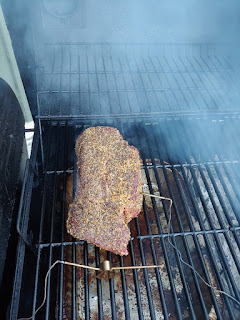 The brew day was going pretty well until I was starting to think about chilling the wort.

I had left my hoses outside and they had frozen water in them.

I ended up using the wort chiller attached straight to the spigot and not having a hose to carry the water away.

It turned out ok, but I need to remember to store my hoses in the garage going forward. 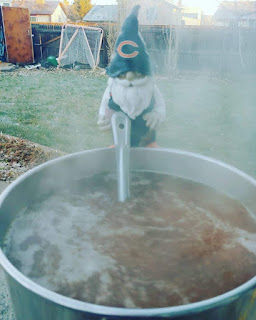 The chuck roast progressed well too. 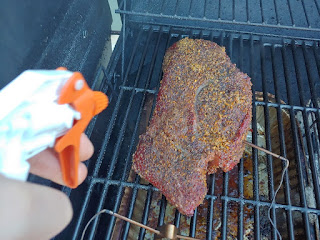 The beer went into the fermentor fine. The OG was a little low at 1.060.  The recipe called for a 1.065 OG. I could have added DME or sugar to bring it up, but I'm fine with a lower alcohol beer. 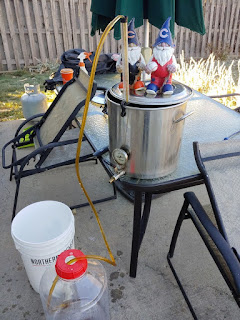 The yeast was pitched and the fermentor in place in the fermentation room by 11:00.

Around noon, I wrapped the chuck roast in aluminum foil and finished it off on the gas grill. 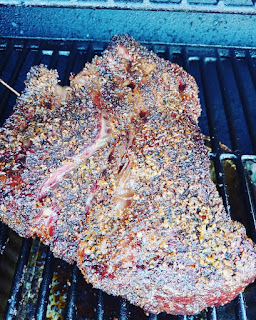 I took the roast to 200 degrees, and it was finished a little after 1pm. I let it rest in a cooler until supper time around 6.


The beef sandwiches turned out delicious and the fermentation has been going well so far. According to my Tilt Hydrometer, fermentation is done. I have a keg emptied and will likely fill it up with Resilience IPA today.