More on the Weber Kettle 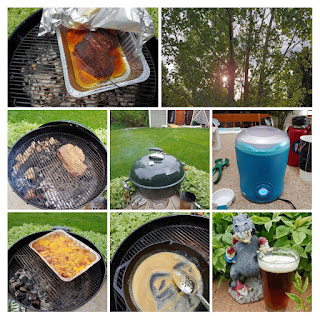 So ... you know that recently I got a Weber Kettle and have been smoking a few things on it.

I did shared that I had done chicken and deep dish pizza in I bought a Weber Kettle.

And ... of course I made pork butt for Big Brew Day in an Overnight Cook.

I really like my Weber Kettle. So far, it has really worked well for me. Probably even better than my offset smoker. Ideally it would have a little more cooking space, but it works out great for things I've made so far for my family.

A couple weekends ago, I had a Chuck Roast sitting in my fridge that I needed to cook up.

My kids had also been asking for Smoked Mac and Cheese . Since my youngest had just gone through his Confirmation at church, I thought it would be appropriate to have a celebration dinner of his choosing.

So ... I thought it would be fun to try these out on the new Weber Kettle. 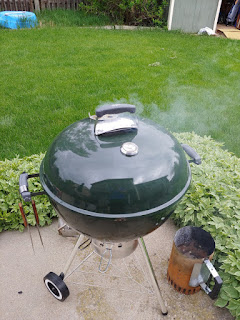 I started with the Chuck Roast fairly early in the day ... way before it needed to be started to finish for dinner time.

I sort of did the same "snake method" technique that I had used for the Overnight Cook. The snake was much smaller, but the concept was the same in that I had unlit coals that were ignited by lite coals through the process. 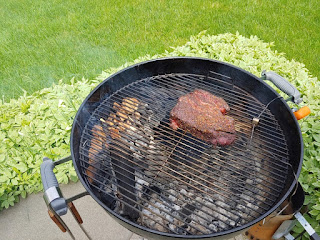 The meat cooked faster than I was expecting, and I didn't wrap until I saw internal temperature of almost 180.

The meat measured over 200 degrees and probed tender shortly after 1pm. 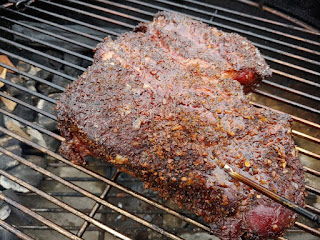 I stored the roast in a cooler for about 4.5 hours, which is more than ideal, but turns out ok. 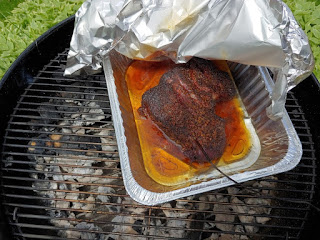 After that, I started making the sauce part of the Mac & Cheese in a cast-iron pan on the Weber. 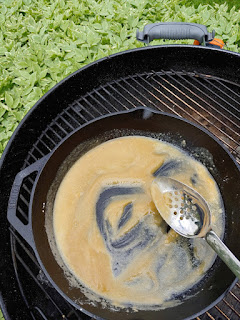 The bacon I did on the gas grill because the coals had burned down enough that I didn't think the bacon would get cooked as quickly as I wanted, and I didn't want to heat up the coals yet for cooking the Mac & Cheese. 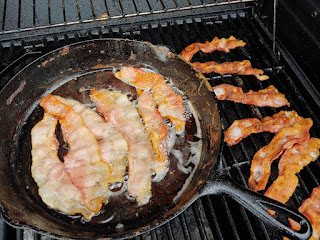 About an hour and a half before dinner, I heated up the grill with more charcoal and some hickory chunks.

I combined the ingredients in a pan, and placed on the grill. 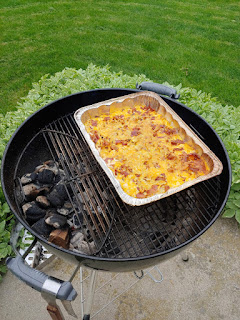 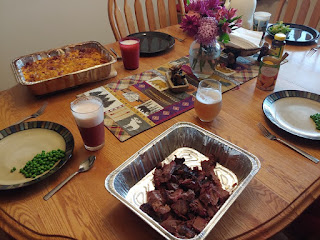 I really liked how the Mac & Cheese turned out.

I wasn't crazy about the chuck roast, but I don't think that was something I blame on the Weber. 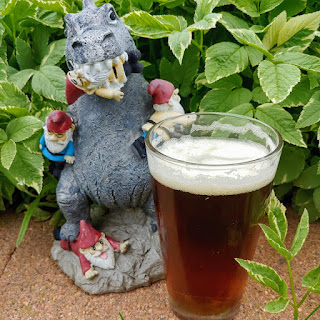 I would call both cooks a success. I would do either (or both) on a Weber Kettle again.