I have mentioned before on this blog that our family has a kid-swapping arrangement with another family. They have two boys who are each within a couple of weeks in age as our two boys. Every couple months or so, our families take turns taking all four boys for a weekend.

This past weekend was their turn to take all four boys. This made us sans-kids for the weekend.

Of course, if you have read this blog over the past couple of days, you know that one of the things we did was brew some beer (see Brewing the Laser Salt).

But we also did some other stuff.

For quite some time, I've been wanting to check out Dad and Dude's Breweria. Dad and Dude's is a little brewery / pizzeria close to where I work. I've heard really good things about their pizza crust, which they make from spent grain from their brewery.

Friday, I dragged my wife to the Breweria, and we were not disappointed.

You know how when you hear how awesome a movie is, you are usually disappointed when you see it?  Well, the pizza crust was not like that at all. The pizza blew me away, and the crust in particular was absolutely the best I think I have ever had.

The beer I had was really good too. I drank a Hoparazzi, which is black IPA that "Dude" makes. Of course, I thought it was really good. I don't really remember what the wife had, but she liked hers as well.

Saturday started out with an incredibly quiet house. It is always amazing how quiet and peaceful things are when the boys are not with us. It is sort of eery really, but nice as long as I know the boys will be back.

I made breakfast for my lovely wife, and then we brewed some Laser Salt. Of course you know this.

As I mentioned in the Laser Salt article,we went to Stomp Them Grapes to pick up some Clarity-Ferm.


Then, we hit another brewery I have never been to but always thought I should try, The Denver Beer Company. There, we got a sampler of 6 beers. I thought they were all good, but none really stood out to me. The Beer Model really liked a beer called "A Barrel Full Of Belgians".

The Denver Beer Company got pretty crowded by the time we left. They are in a great location to get lots of people coming in to drink their beer.


After Denver Beer Company, we found Strange Brewing Company. Yet another brewery that I have wanted to go to but never had. Strange was much harder to find and not nearly as crowded. It has a tiny little tasting room, but a huge selection of beers.

All the beers were good. I really liked their Cherry Kriek. This time, my wife didn't come across one she thought stood out.

When we went home, we finished up pitching the yeast and Clarity-Ferm in our home-brew. We played WII and did other fun activities.

Sunday, we had breakfast at Denny's. My wife had her usual. I had a meat-lovers omelet.

Then, we went up into the mountains a bit and went for a hike. 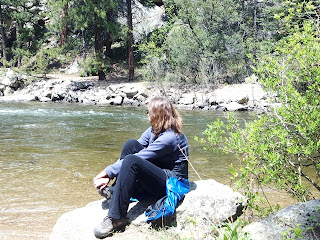 The hike was close to where our boys were. We picked them up and headed home. Now, we have to return the favor.