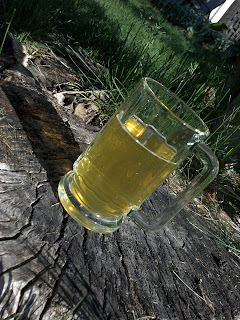 We are pretty close to the one year anniversary of my famous Cider Drinking and Breast Flashing blog post. Remember that?

Today I found a bottle of the cider in one of my beer fridges, and decided to drink it as my New Brew Thursday drink (see just about any of my untappd articles if you need to know what that means).

The cider is still not as good as my beers, but it is not too bad, and I think people who drink hard cider might like it. Maybe.

I am pretty sure this is the last bottle of my "Breast Flashing Cider". I should probably make some more.

This year, as far as I know, no drunk female hockey fans have pulled out breasts and flashed them to any opposing teams' players in or out of the penalty box. Of course the Canucks were knocked out in the first round of the playoffs so maybe the crazy Vancouver chicks just did not have the chance to get to it.

I have to say that I am not real happy with the teams that are in the Campbell Conference finals. The fact that Arizona even has an NHL hockey team has really bugged me since the team moved from Winnepeg. Of course, that whole thing with Raffi Torres and his cheap shot that sent Hossa to the hospital and knocked him out of the play-offs also bugs me about Phoenix. Also, I am not a fan of Mike Smith and the way he faked an injury to get Andrew Shaw kicked out of the game and then suspended.

Yes, the LA Kings are part of the "other 6", and so have been a hockey team since before I was born, but it seems wrong to me that L.A. has a hockey team as well. If the city never gets snow, it doesn't seem to me it should have a professional hockey team. Is it just me?

Of the two, I guess I would rather the Kings go to the Stanley Cup Finals. At least the Evil Red-Wings are not in the finals.

I don't really care who wins the Wales, but I'm thinking no matter who wins over there will get my support against either of the two teams out here in the West.

Obviously, I am not able to watch the mighty Chicago Black Hawks in the finals while drinking my world-famous Tommy Hawk APA. At least I have good beer while watching those other evil teams.

Not really on topic, but here are a couple of pictures from Mothers' Day. 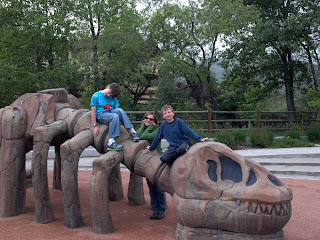 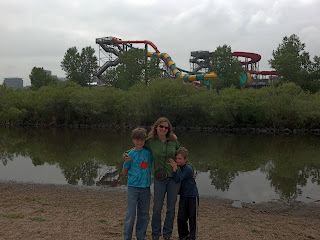