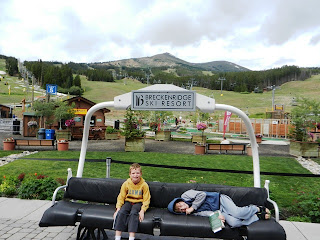 Plus, it has been a long time since we have seen any snow.


After coming back down on the gondola, we headed over to Frisco and checked out the Frisco Historic Park Museum. This is a park in the middle of Frisco with several old restored buildings. Sort of a little ghost-town in the middle of town. It was fun to go though these old historic buildings. 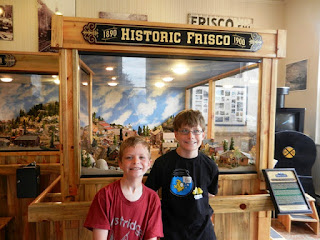 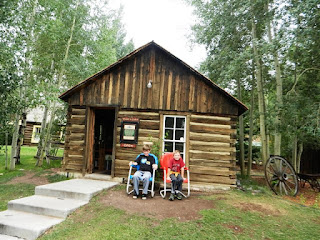 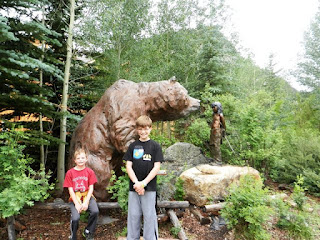 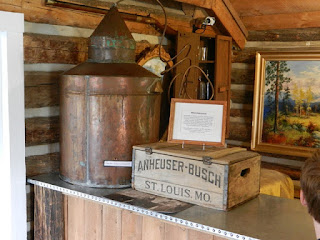 After the park, we ate (and drank) at the Backcountry Brewery. I have mentioned before on this blog that their Telemark IPA is one of my favorite IPA's. The kids like this place because of the big pretzels that are part of the menu.

After that, we headed over to the Dillon Marina playground. Tyler likes to say this is the best playground in the world. 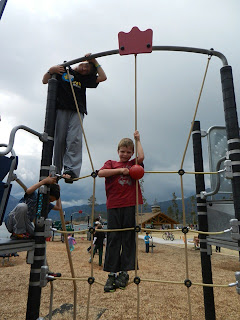 And, of course, being that close to a body of water, we had to spend some time throwing rocks into the lake. 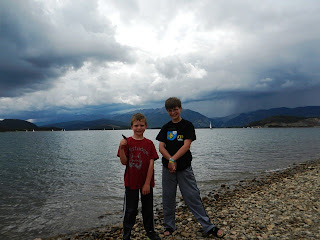 After our travels, we headed back to the condo. The rest of the family went to the hot-tubes while I took a nap.

We headed to down-town  Breckenridge, ate at Downstairs at Eric's, and then walked around. 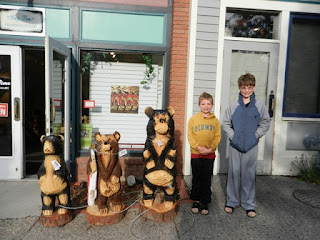 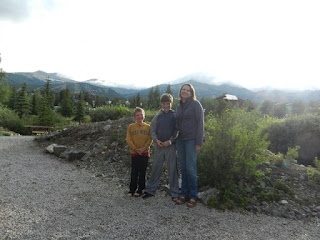 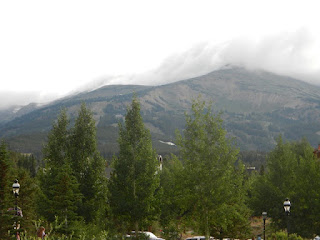 We got to feed some fish, which is always a high-light of a trip to down-town Breckenridge. 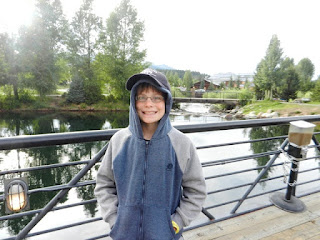