I brewed twice this weekend.

I already told you that I brewed a little batch of Gruntled Sour Weisse on Saturday.

On Sunday, I brewed a regular-sized batch of Eric's Red. I guess you could say that Eric's Red is one of my "flagship" beers. It actually started out as a Mr. Beer recipe later to be converted to my own all-grain formulation. I have been calling it an "Irish Red", although I'm not really convinced it is. This time, I added Citra hops, which certainly isn't very Irish. It is simply a beer that I enjoy.

It doesn't really matter what style it is. Is it simply Eric's Red. 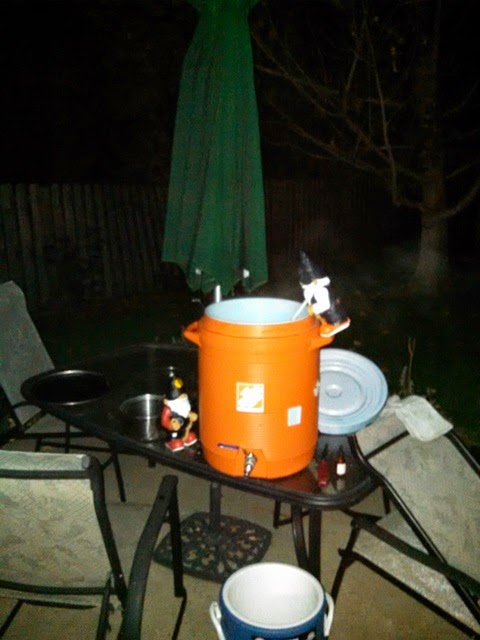 I was pretty much completely done with my brew day before 9. 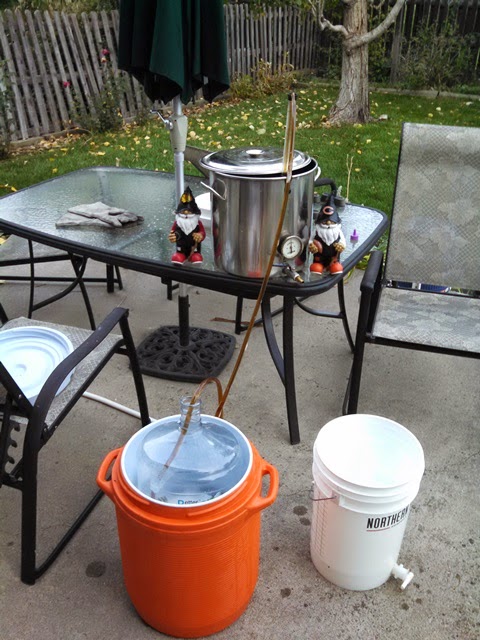 Everything went very well. Mash temps, pre-boil gravity, OG were all pretty much perfect. I pitched at 64. The fermentation took off quickly. As I write this, the main fermentation is completely done, and I am letting it rest for another week for clean-up.

With any luck, I'll be drinking this by Thanksgiving.