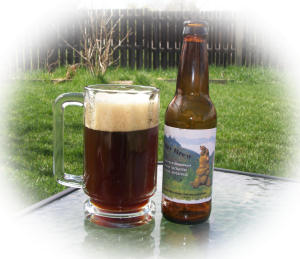 Do you remember the "Ulterior Motive" of my last brew day?

The last beer I brewed (Ulterior Motive Amber Lager) was basically a big starter batch so that I could build up enough WLP833 German Bock Lager Yeast to brew a proper dopplebock.

The fact that I'll get a batch of beer to put in my keggerator is a bonus.

As you probably know, lagers generally require more yeast to get the fermentation job done.

Big lagers obviously require even more yeast, and a dopplebock is a great big beer.

I've used the technique of "yeast harvesting" from smaller lagers into bigger lagers before, and it ultimately ended up with my award-winning Maibock, Helles in a Hand Bock-sket. It is less expensive than buying extra vials of yeast, and of course, I also end up with 5 gallons of a smaller beer to enjoy.


The first lager I ever brewed was way back in 2010 with Mr. Beer ingredients. I called the beer "Brother Bear Dopplebock". 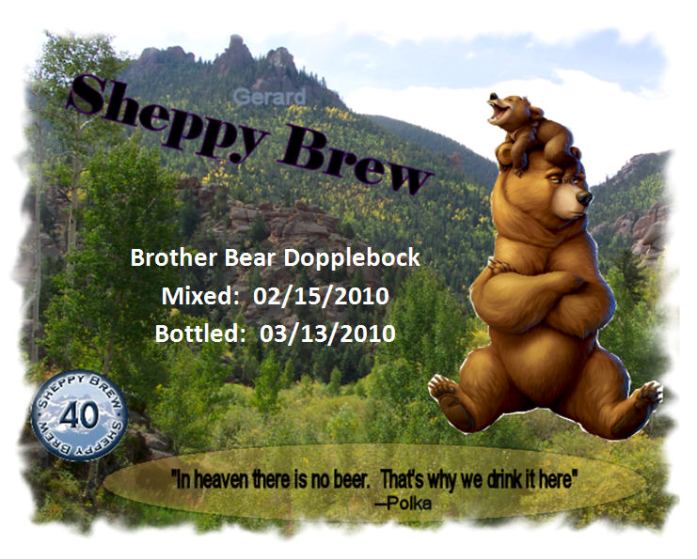 Now that I've decided to make a dopplebock to satisfy my Category 9, Strong European Beer requirement, I thought I'd give it the same name as my first lager.

This all-grain version is bigger in alcohol with about the same IBU. It will probably be about the same color. It is probably a beer that I will drink slowly over time and would not be surprised if I still had some over a year from now.

It is actually lower in alcohol than your average dopplebock, and probably a little more bitter. Its color is right in the middle.

I am planning on brewing the new version of Brother Bear this weekend.