In Search of the Haunted Hotel

I had Martin Luther King Jr. Day off from work this year, and we went to Eldorado Canyon State Park.

This is one of the places that we go a fair amount. Usually, we "hike" and play along the "Streamside Trail", but Monday there was some construction going on that forced us to take another trail, "Fowler Trail". 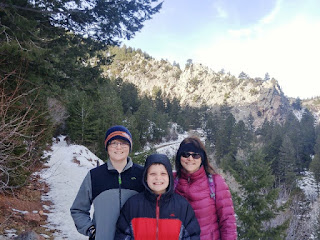 Well, much to my surprise, the kids wanted to go back already yesterday, so we could hike up to and see the Crags Hotel Ruins. Of course, I may have oversold the experience when I told them that the ruins were almost certainly haunted .... 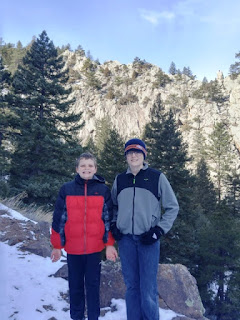 The hike isn't very long. It is about a 600 foot ascent over about 1.4 miles, so it is a somewhat of a climb, but certainly not difficult for those of us who hike quite a bit in the Colorado foot hills.

This time of year, the trail is fairly icy. But, using care, it really is not too hard of a hike. 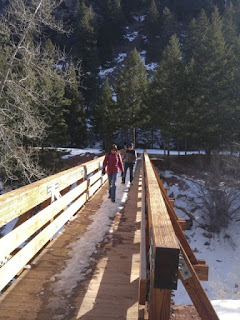 And we made our way up to the "ruins". 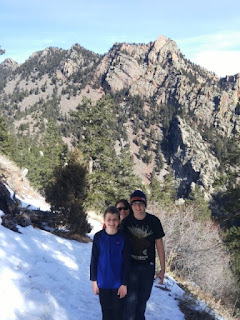 Other than a sign and a fireplace, there really isn't much evidence of a hotel. 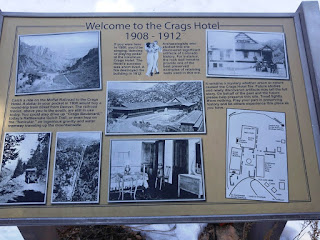 And, we certainly didn't see any ghosts. But it is still sort of cool. 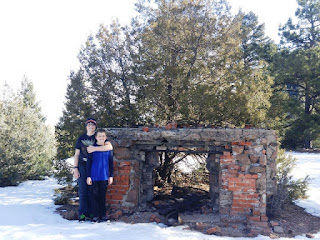 We hiked up a little past the old hotel site to an overlook where we had lunch. 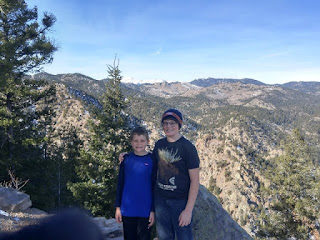 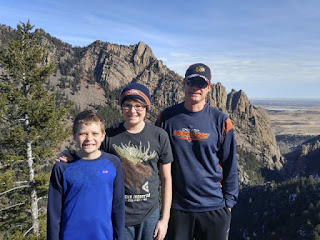 There was a great view of the Continental Divide. 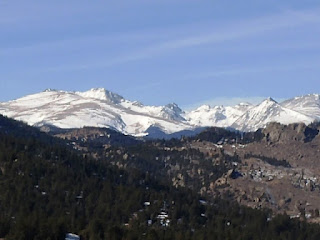 And we continued on our hike on a loop higher above the canyon. 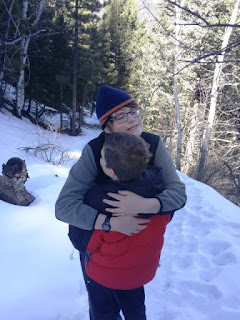 We spent almost 4 hours in the park. 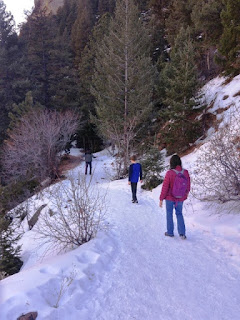 It was a fun day.