R is for Ratio Beer Works 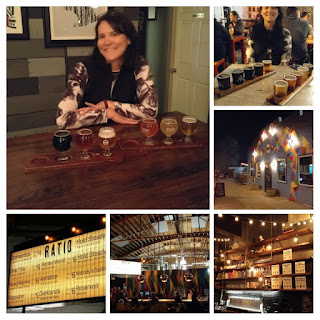 As I mentioned in O is for Our Mutual Friend Brewing Company, I had already visited my "R" brewery before writing up OMF.

Let me step back a little in case you are new to this and wondering what the heck I'm talking about.

I've done things like ... B is for Baere Brewing Company; G is for Great Frontier Brewing; and L is for Little Machine Beer.

You can read every single one (including this one) at  Sheppy's Blog: A to Z.


R is for Ratio Beer Works 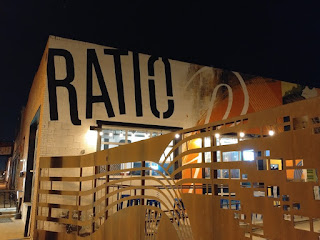 Ratio Beer Works is located just up the street from Our Mutual Friend Brewing Company, so I didn't think I could pass up the opportunity to visit when we were at OMF. As you may recall, this was the Wednesday night before Thanksgiving.

The address is 2920 Larimer Street in the River North area of Denver Colorado 80205.

As I have mentioned before on this blog, there are several breweries in this area, so if you want, you can make a day of visiting a bunch in walking distance. 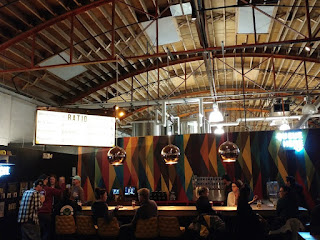 Unlike OMF, was pretty busy on Thanksgiving - eve. It wasn't completely packed, but there were not a whole lot of tables for us to pick from. It was not nearly the laid-back atmosphere that we had just come from.

Ratio also had more beers to choose from than OMF. 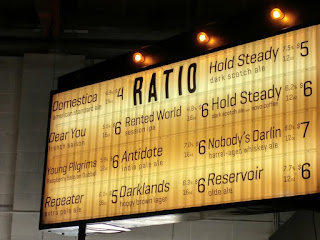 The SheppyBrew Beer Model and I shared two flights of 5. 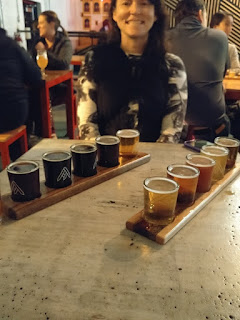 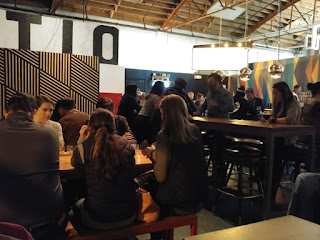 So, the beers were pretty good other than the one I thought was too boozy. Again, that is just me. People who like that Bourbon flavor in beer will like it.

The energy in this place was fantastic. I was surprised how busy it was on Thanksgiving eve, and I imagine it would be even more so other times. 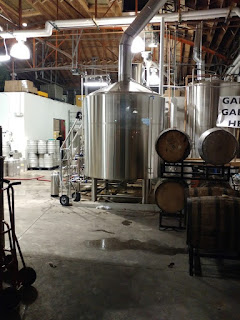 I suggest you give it a visit too. 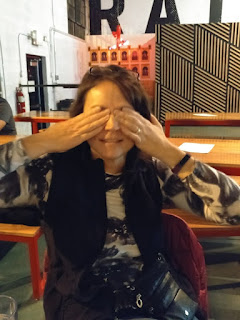 Again, keep in mind that there are a bunch of breweries in this general area, so you might want to hit a couple at the same time.

Up next in the series is "S". I have not picked one yet, and I have a bunch to choose from. If you have a favorite "S" brewery, please leave a comment suggestion below.