A little over a month ago, I brewed SheppyBrew Blackhawk Black as the third beer in my Homebrew Colorado 6 pack.

This is the 5th time I've brewed this recipe. The recipe has been tweeked quite a bit over the years, but I think the spirit of the beer has remained the same.

It was never meant to be an actual clone, but the beer that inspired me to brew it was New Belgium's 1554.

I don't think I've ever tasted it side-by-side to 1554 ... until this batch. I was assuming the two beers would be significantly different. 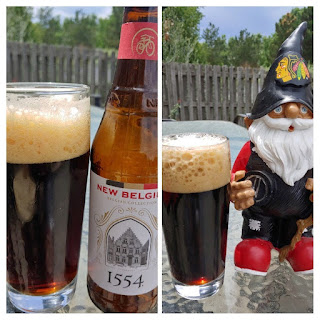 I kegged this batch on 6/24, and it was ready to drink by early July. 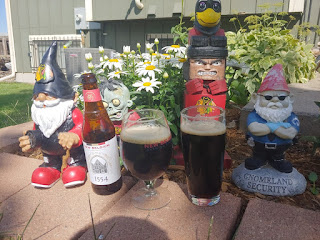 And honestly ... I wasn't really able to pick up differences between the two beers.

To my eye, the color was exact.

To my nose, the aroma was the same.

I guess maybe I do brew clones. 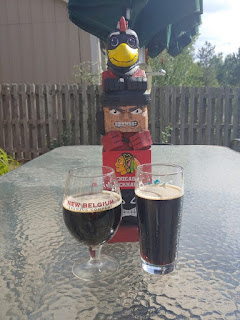 At the very least, I thought Blackhawk Black would have a little different hop character. I thought the 15 minutes hops would come through more.

But, at least to my palate, this was not the case. 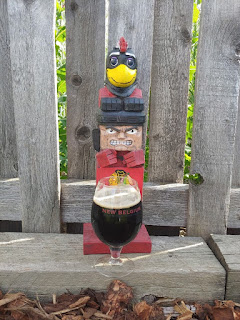 I still have 3 bottles of 1554, and 3 gallons of Blackhawk Black, so I am likely to try again.

If you take a look at Sheppy's Blog: BlackHawk Black, maybe you'll see an update. If not ... assume that the two beers still were pretty much the same to me. 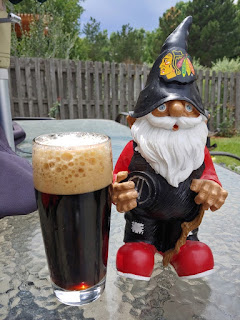 The next beer in my Homebrew Colorado 6 pack is based on a commercial beer that no longer exists, so I will not be able to do a side-by-side.

Oh well. At least the homebrew beer will be awesome (based on last time I brewed it).