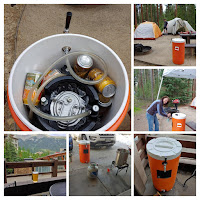 So ... for my birthday this year, my lovely wife (aka the SheppyBrew Beer Model), bought me a Pancho's Keg Kooler.

It is sort of a portable kegerator for homebrew.

Really, it is a 20 gallon round cooler with a tap and beer line attached.

It is a perfect fit for a corny keg and a 2.5 pound CO2 canister.

With a little ice ... voila ... bring your homebrew anywhere.

With the whole COVID SIP situation this year, I have not used this Keg Kooler as much as I thought I would. 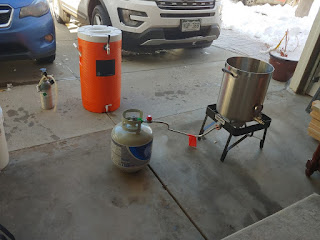 The first time I used it was a brew day at my friend Doc's house. Mostly, to show off my "new" toy to my brewing buddies. See Dudocs Best Bitter (Batch 251) if you want to reminisce about that brew day.

The Keg Kooler was a hit. 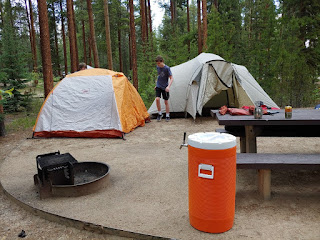 Then ... I didn't really use the Keg Kooler until my family went camping for Father's Day. See Father's Day Weekend 2020. 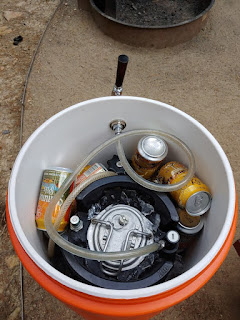 Having a kegerator on a camping trip where there are only two adults of drinking age is probably overkill. However, I really liked having the ability to pour my beer from a tap.

The keg we brought wasn't very full, and we ended up killing the keg on the camping trip. 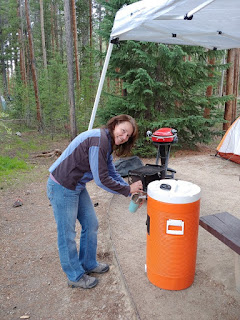 We also brought the Keg Kooler up to a weekend get-away to Copper Mountain over the 4th of July weekend.

Again, having a keg of beer in a mobile kegerator was overkill .. but it was really cool to be able to pour our beer from a tap none-the-less.

This keg was a little more full, but we still ended up killing the keg. 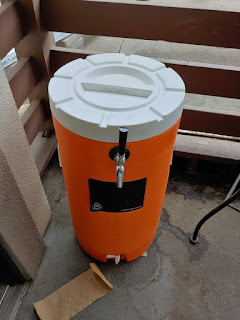 My son is having a little graduation party coming up soon, and I'll probably have homebrew in the Keg Kooler for visiting adults.

I suspect we'll kill that keg too.

Anyway ... if you have homebrew you'd like to bring camping or traveling or to picnics or parties ... check out the  Pancho's Keg Kooler. I think it is awesome.

Stay healthy and safe everyone ...