D is for Dead Hippie Brewing 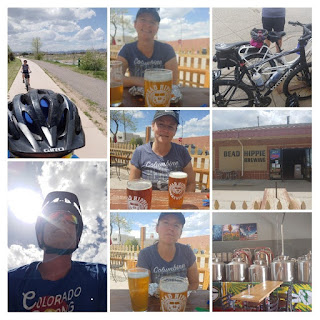 It has been quite awhile since I've posted on my A to Z Denver Breweries Project.
This is mostly due to covid restrictions. Covid 19 sucks.
Restrictions have started lifting, and my entire family is vaccinated, so last Saturday, the SheppyBrew Beer Model and I decided to take a bike ride and continue round 3 of the project.
In C is for Cerveceria Colorado ... I sadly reported that "Dead Hippie Brewing Company" had permently closed due to not being financially able to survive the latest rounds of COVID restrictions.
However, at some point after that, someone stepped in and purchased the brewery, keeping the name.
Dead Hippie came back alive. I'm not 100% on the details, and the re-opening didn't have nearly as much press as the closing did.
Sort of strange ... but since it was back open ... even though I've been to Dead Hippie, we decided that.
D is for Dead Hippie Brewing 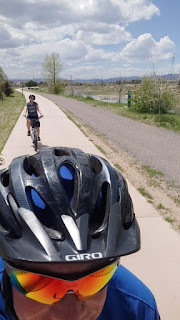 It was a nice day and the brewery is close to us, so we rode our bikes. I actually took a longer route there so we could get a few more miles in.
They are located at Location: 3701 S. Santa Fe Dr, Unit 7 / Sheridan, CO 80110 in the River Point shopping center.
Very close to the Platte River bike path. 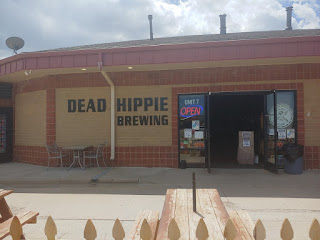 We got there shortly after its noon opening time, and had our pick of tables. Since it was nice out, Beer Model picked a picnic table outside. 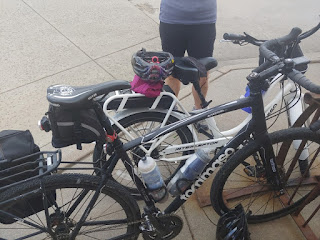 Last time we were here ... they didn't have outside seating. This is one improvement that covid restrictions forced on many local breweries.
As far as I can remember, inside is basically the same as it was with the previous ownership. 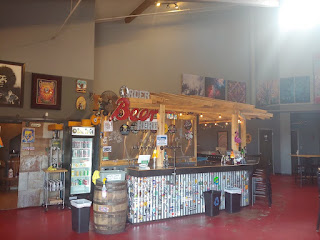 We had lunches we packed from home, so we had lunch with our beers. 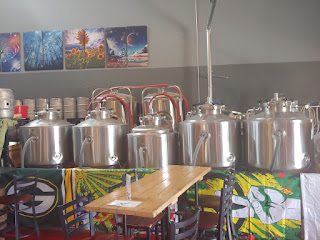 I started with a Dead Red 68. The Beer Model had a Meicali Blues. Both were solid beers. 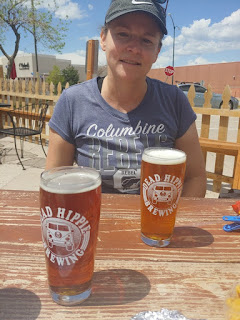 Next, I had Citra&CoE. She had Debbie Harry.
The Citra&CoE has specular. I'm pretty sure this is my favorite beer that I've ever had here. It is listed as a "Hazy IPA", but it wasn't anywhere near as ugly / cloudy as most of this style. I wish more of this style looked and tasted more like this. 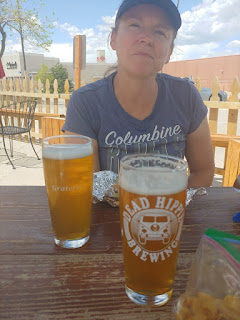 Stay tuned on Sheppy's Blog: A to Z and you can find out shortly after I do.