E is for Evergreen Brewery 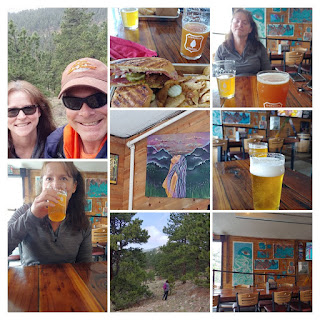 As you might have noticed from D is for Dead Hippie Brewing, the SheppyBrew Beer Model and I started up again on our A to Z Denver Breweries Project.
If you are familiar with the alphabet, you probably realize that next up was to find a Denver area brewery whose name started with the letter E.
Generally, when looking for these breweries, I hit the Colorado Brewery Map & List, and there are lots of "E" breweries in Colorado.
But, most of those are either not in the Denver area or we already have them covered.
There is one E brewery that while not REALLY in what I would consider the "Denver area", is fairly close to our house.
As a bonus ... this place also serves food, so we wouldn't have to pack a lunch.
E is for Evergreen Brewery 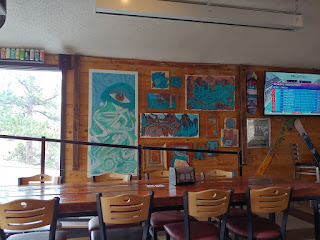 Evergreen Brewery is conveniently located pretty much right across the street from Elk Meadow Park at 2962 Evergreen Parkway, Evergreen, CO 80439, upstairs from Boone Mountain Sports.
We started the morning by going on a hike at the park. Based on the number of mountain bikes and people dressed like hikers we saw, lots of people had a similar idea.
Then, we headed over the the brewery for lunch and beers. 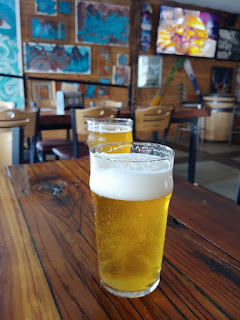 They have a really nice breath of beer selection and a cool, real-time beer list at ...
https://www.evergreenbrewingco.com/#beer-list 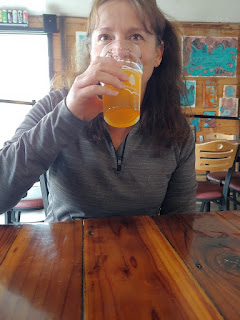 Between the two of us, we tried ..
All the beers were good. 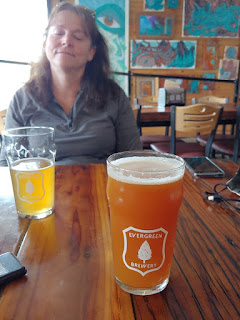 I thought the food was even better. I really liked the Cuban sandwich that I had. 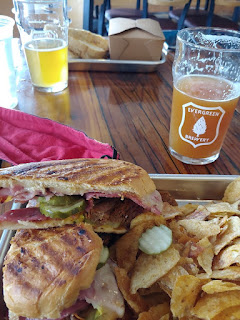