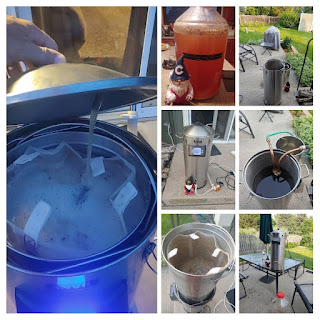 I brewed Sunday. My 15th batch of the year. My 291st batch in my brewing "career". This was also my 20th batch brewed on the Anvil Foundry.
The beer I brewed was the original Summer Lovin' American Wheat,
Summer Lovin' is the base recipe of a bunch of beers that I brew. Lots of my fruit wheats use this as a base. But, it's been almost 4 years since I brewed this as a stand-alone beer.
Both my wife (aka the SheppyBrew Beer Model) and myself were shocked when I looked up when the last brew day was.
And ... as I am spending 2021 exploring older recipes, I thought I had to brew this one up.
Summer Lovin' American Wheat 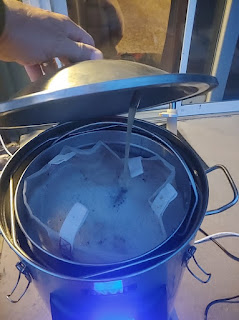 As usual on the Anvil Foundry, I prepared the water the night before and set the timer to pre-heat the strike water before I got up Sunday.
I got started a little after 5AM Sunday morning. 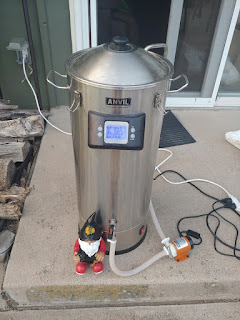 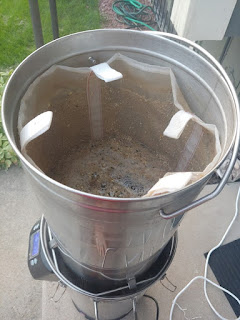 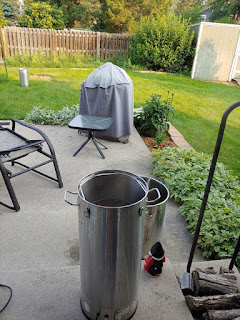 Cooling was pretty much the same as usual, although I did use my pond pump with ice water for the first time in awhile. 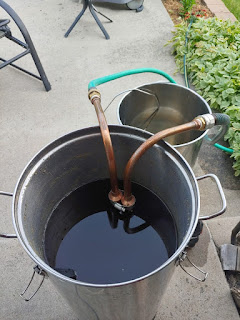 I added the coriander and honey into the fermentor to be racked on from the Foundry. 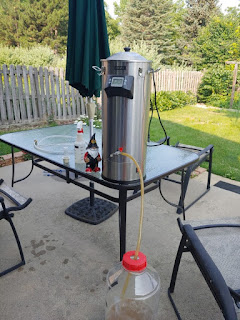 The OG was just about perfect. The yeast was pitched a little after 4 hours after starting. Cleanup was done by 4.5 hours into the brew day.
Then, I went off on my MTB.
The beer should be ready to drink in a couple of weeks. The SheppyBrew Beer Model will really enjoy it. 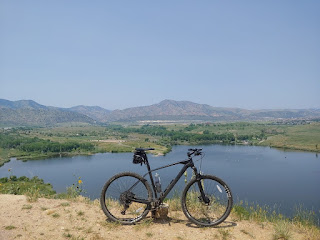