I discovered something sad on Sunday afternoon. 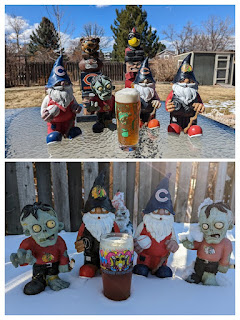 I was intending to write a blog post about my two recent "Colorado" beers. Both Colorado Strong IPA and Colorado Vienna Lager feature a malt bill completely composed of malts from local Root Shoot Malting.

On Friday, I noted that Colorado Vienna Lager was

"pretty much perfect now. Carbonation and clarity right where I want them. Yummy flavor. Beautiful color."

In other words ... this beer was ready to start drinking more than just samples. Drinking "for reals".

On Sunday, I thought it would be fun to pour a pint of each and compare / contrast / discuss the Colorado Strong and Colorado Vienna together. 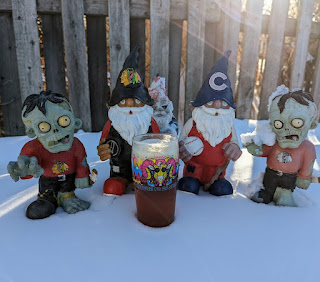 Unfortunately, when I went to pour the Colorado Vienna, the keg blew.

Apparently, my beer line connections were not tight enough and beer leaked out of the keg between Friday and Sunday.

After swearing a few minutes, I accepted the situation and brought my pint of Colorado Strong out to the patio to drink. 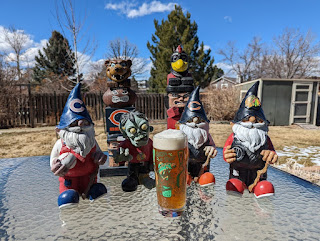 I really like(d) both these beers. I feel like one of my next beers has to be the Colorado Vienna so that I can enjoy a whole keg.

But, now my Beer Inventory is lower than it has been in a long time. I just kegged Boo Berry Wheat, and of course I have a little Colorado Strong IPA left, but not much.

My next brew day is going to be a double batch so that I can replenish my beer supply (see McShepardSons Irish Ale).

After that, I think I'll want to re-brew Colorado Vienna Lager. I really did love how that beer turned out before it disappeared and I didn't even have a change to check it in to untappd. 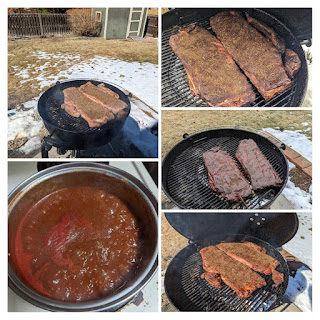 Sunday, wasn't a total loss. I got a bike ride in and got to BBQ some spare ribs. As I mentioned, I got to enjoy my Colorado Strong IPA.

I was just sad / mad about the loss of the Colorado Vienna Lager. Oh well. I don't really have anyone to blame but myself.