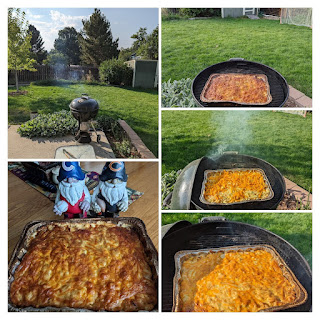 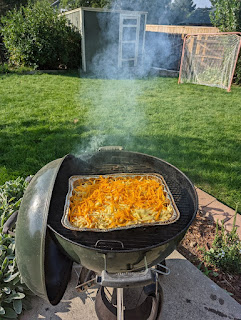 As always, I mostly followed the recipe on the original Smoked Mac and Cheese.
I used ground Italian sausage instead of bacon. 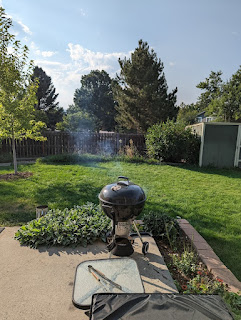 Compared to the recipe, I used more butter. More flour. More milk. More cheese.
Other than that, I think I followed the recipe exactly. 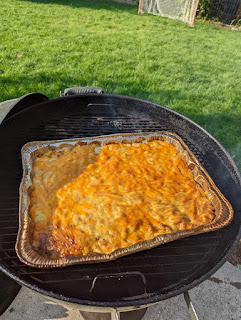 I cooked it on my 22 inch Weber Kettle with hickory wood to smoke. 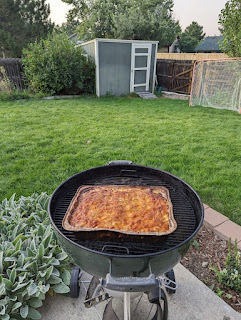 I let it cook until it was bubbly and had a nice color on top. A little over an hour. 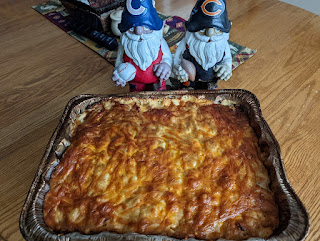 It was awesome. Again, my Smoked Mac and Cheese is delicious. Not really much more needs to be said.
As always stay tuned on the regular SheppyBrew Channels to see what is happening with biking, brewing, barbequing, and other things: SheppyBrew's Facebook Page; Sheppy's Twitter Feed; SheppyBrew's Instagram Page; and SheppyBrew's Website.Of course, don't forget to visit this blog often as well!
Go Bears!
Posted by ESheppy at 9/12/2022 06:21:00 AM