Well, if you have been following this blog lately, you know that SheppyBrew's 2013 brewing goal is to expand our resume of beer styles. I want to have at least one beer brewed of each of the 23 BJCP beer style categories. After Khazad-dûm Brew Day, I now have 8 more categories to brew. (see SheppyBrew Styles)

My next category is 5. Bock. I've decided to do a 5A. Maibock/Helles Bock.

Like all Bocks, a Maibock is a big malty German beer. It is lighter in color than other beers in the Bock category, and is usually associated with spring-time. (Mai means May ... as in the month of May ... in German). Generally speaking the Maibock can be drier and more hoppy than other styles of Bock, but it is still a malty sweet beer overall. It should be smooth and clean. Alcohol warming is acceptable for this 6.3 – 7.4% ABV beer.

You may be interested to know that I actually have brewed a bock beer. My very first lager was a beer that I called Brother Bear Dopplebock and brewed back in February of 2010. The recipe uses a Mr. Beer HME / UME combination, so obviously, this was before I started all-grain brewing. Part of reason that I specified that I was going to brew at least one all-grain batch in every category was because I did not want to count this beer as part of this effort. 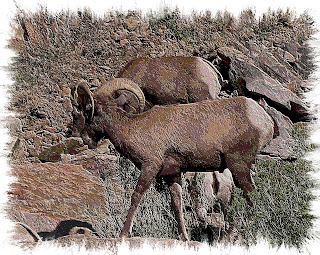 After a fair amount of struggling to come up with an appropriate "hell" pun, I am calling My Maibock "Helles in a Hand Bock-sket". The recipe is pretty simple (as you can see if you follow the hyper-link). It has German Pils and Munich Malt for its grain bill and it has one bittering addition of Magnum hops. As higher bitterness is acceptable in the style and since I don't really like sweet beers, I am shooting for the upper end of acceptable bitterness for the style. I am adding in Clarity-Ferm more for the clarity than for the reduction in Glutens. I am using the harvested WLP830 German Lager yeast from Khazad-dûm Black Lager, finishing up this German lager trilogy of beers (see Snowball's Chance (in) Helles and Khazad-dûm Black Lager).

I will try to resist trying this beer until late May / early June, and hope to be able to keep it around for an extended period of time to see how it ages.