U is for Ursula Brewery 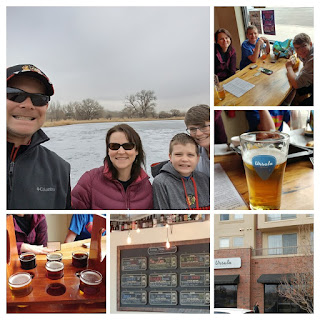 Well ... you may remember that in November and December, I made a lot of progress on the the A to Z Denver Breweries series.


U is for Ursula Brewery 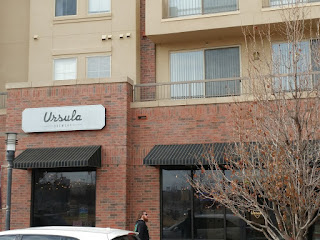 When I first made "the list" (see Denver Breweries II), Ursula Brewery was named Coda Brewing Company. I'm not quite clear why there was a name change. All the website says is ...

We opened in 2014 under the name Coda Brewing Company, but decided in early 2016 to make some changes. While change is always a trying and difficult experience, we believe what we are doing now is better than ever… and we’re sticking with Ursula this time.

Well, I am not going to complain. Until they changed their name, there were not any "U" breweries for me to visit. Now there is ... Ursula Brewery. 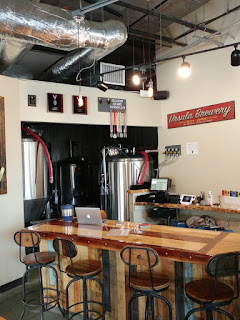 It has a nice neighborhood bar feel. It wasn't very busy at all on the early Saturday afternoon we went. We stopped by for lunch after a short little outdoor walk in the area.

Technically, this place does not make food, but they have a "sister restaurant" right across the street, Cedar Creek Pub delivers their entire menu right to your table. The bartender in the tasting room gave us a menu, we gave the Pub a call, and 15 or 20 minutes later, we had our food. Nice. 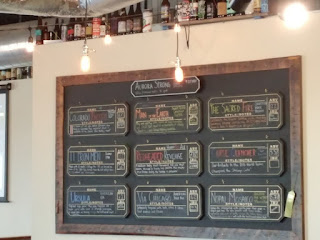 To kill time for the kids, we played Harry Potter Trivial Pursuit. I got killed at this game. My wife and kids remember a lot more about the Harry Potter books and movies than I do. 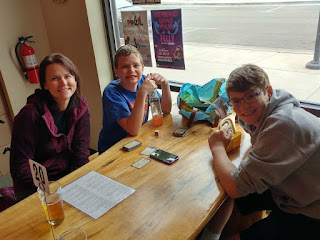 I thought the beers were fantastic. For the most part, they were pretty imaginative as well. Not really your typical brewery line up. 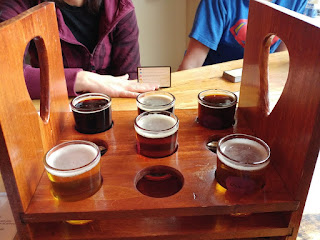 I had a flight of most of what they had on tap: 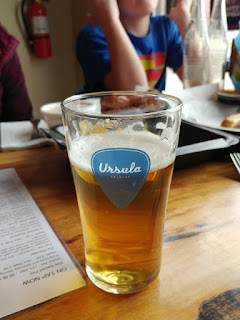 Really great beers. As I mentioned, most of them were very unique. I really liked them all.

So, we hung out, had lunch, answered Harry Potter questions (I got most of them wrong to the delight of my children). 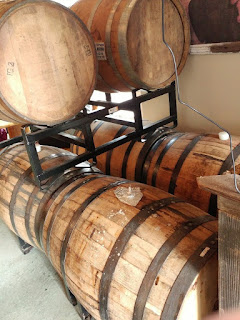 I totally suggest you make the effort to visit Ursula Brewery. It is worth the trip.

And now... as you can probably figure out ... my next letter of the alphabet is "V".

I think I know what brewery it is going to be ... but you'll have to come back to find out.

Sheppy's Blog: A to Z