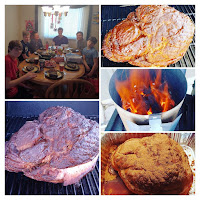 Recently, we had a couple of Christmas Dinners that had to be prepared.

We had some family over to the house on the 23rd, and decided to do a Christmas dinner for them.

The kids wanted a ham.

We decided to cook it on the smoker. I had never done a ham before, and it provided extra oven space for other things.

To make things easier, we decided that I might as well just do a pre-cooked spiral cut ham.

As luck would have it, I had come across a recipe ... How To Smoke A Honeybaked Ham.


Pretty simple ... I mixed up a Sugar Blend for Ham a few days before:


The morning of the ham cook, I made up a glaze. Basically ... 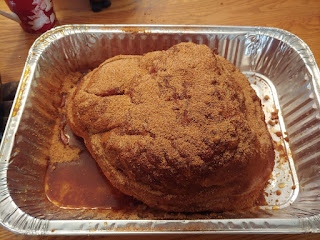 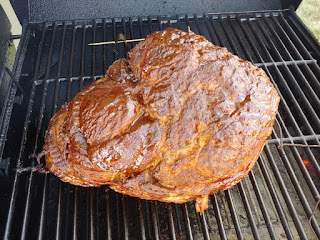 I didn't add a whole lot of wood since the ham was already pre-smoked. 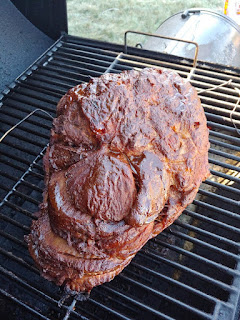 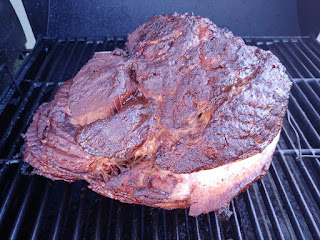 Since the ham was pre-cooked, I didn't really worry about internal temperature. From time to time I would add more glaze. 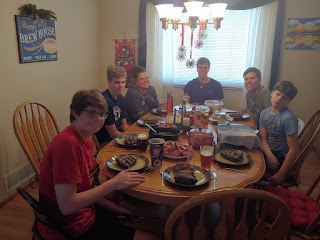 The ham was pretty good. Not my best smoked meal. Not my worst. I thought the glaze turned out just about perfect. I'm not a huge fan of ham anyway.

I think the left-over ham for sandwiches was even better than the meal. We had lots.