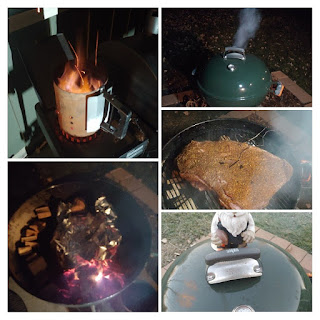 So ... a couple months ago I smoked My First Brisket.

This past Sunday, I smoked my second one.

My First Brisket was a 10 pound (9.5 pounds) Choice Grade brisket that I purchased from my local Sam's Club.

It took about 11 hours from the time I put it on the kettle until I pulled it.

This second one was about 13 pounds (12.98) of Prime, also purchased at Sam's. I had intended on smoking this a few weeks ago, but ended up having to freeze it. I only started thawing it out in a water bath on Saturday.

Someone on a facebook group told me I "need" to let it thaw more gradually and to let it "rest" longer after the thaw but before putting it on the smoker.

Obviously I didn't "need" to, but I hope for my third brisket, I'll be able to smoke it without having to freeze and then thaw it. 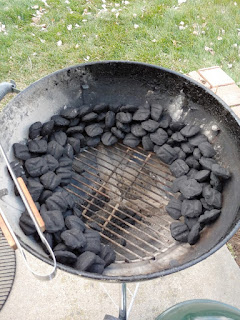 Anyway ... with my brisket being significantly bigger this time, I expected a significantly longer cook. So, I started a little earlier in the morning.

This brisket cooked much faster, though. And I don't know why.

Since the bigger brisket had some direct heat on the edges ... does that speed things up?

Was the starting temperature of the brisket enough higher that it made the cook faster? (it was higher ... but I didn't think high enough to explain so much of a faster cook time, but maybe I was wrong). 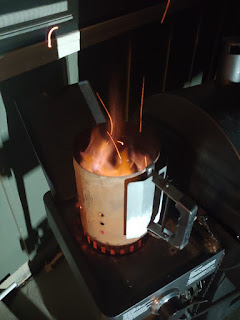 Anyway ... I got started a little before 1AM. I trimmed some fat and applied my rub. I started lighting the coals. 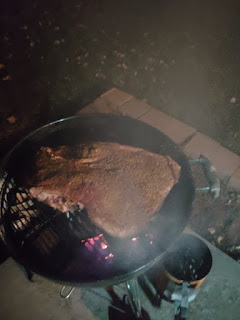 I had the brisket on the Weber Kettle around 1:20. My temperature probe was in the point. 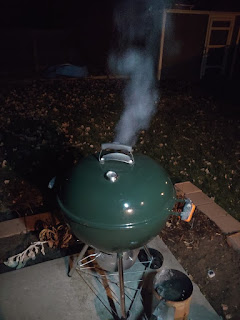 By 2AM, the brisket's internal temperature was already up to 94. I kept an eye on it for awhile and eventually I got some sleep. 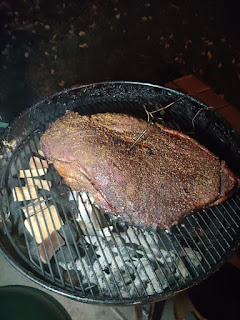 When I woke up around 6AM, the "oven" temperature was down to 166, which is way too low. The internal temperature of the meat was 151, which was higher than I expected at 6AM.

It turns out that my bottom vents were covered with ash. Apparently, the charcoal snake had choked out enough oxygen that the fire was pretty much out. 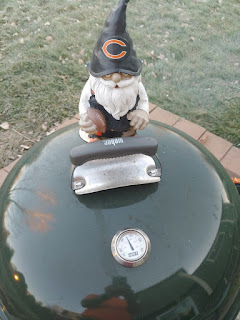 So, I simply cleared out some ash and opened the vents a bit. Then, I lit some more charcoal.

And the cook was back on. 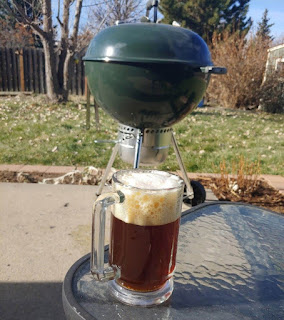 At this point in time, I probed the meat to get an idea of tenderness.

At about 10AM I declared the brisket "done" for tenderness and opened up the top of the foil to help firm-up the bark.

It wasn't until 11AM, with an internal temperature of 204 that I pulled the brisket from the smoker.

And then I let it sit wrapped in a cooler for 6.5 hours until it was time to eat dinner. 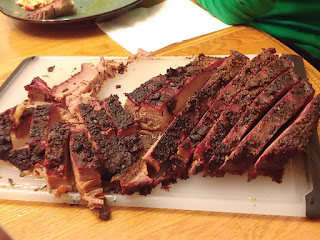 The brisket was still warm after all that time, but I still would rather "rest" for more like 2 hours than almost 7. Next time, I'll start the brisket later in the morning. I'm thinking that getting the meat on the smoker at about 4AM would be about right.

I thought the flat turned out better than My First Brisket, so I'm improving. The point was just as wonderful as last time. 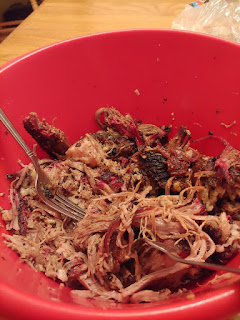 With such a lot of meat, of course we have lots left-over.

I still will have to figure out what else to make. Probably some sort of chili.

Or I might just munch of the pieces of beef.

Anyway ... this was a success.

Next time I make a brisket ...


Other than that ... I think we are pretty good. At some point I might also want to try not wrapping ... not sure if I'll do that next time or wait to try that out.

You'll know if you keep an eye on Sheppy's Blog: Brisket.

As always, you can always keep an eye on the regular SheppyBrew Channels to see what is happening with beer and other things: SheppyBrew's Facebook Page; Sheppy's Twitter Feed;SheppyBrew's Instagram Page; and SheppyBrew's Website. Of course, don't forget to visit this blog often as well!
Posted by ESheppy at 11/22/2019 08:00:00 AM