K is for Kitchen, Lowdown Brewery + 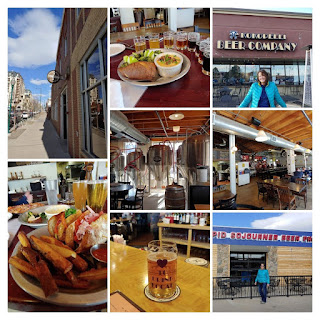 If you've been following along on my A to Z Denver Breweries series ... you might have caught that finding another "K" brewery was going to be tough.

Other than Kokopelli Beer Company ... I don't know of any breweries in the Denver area that start with the letter "K".

I used Kokopelli Beer Company on my first time through the alphabet, so I can't use that one.

Scanning through the Colorado Brewery List, I spotted Lowdown Brewery + Kitchen. "Kitchen" begins with the letter "K". Maybe not ideal, but that appears to be the closest I can get.

I have established a precedent of allowing myself to look for letters elsewhere in the brewery names other than the first word.

See D is for Draw, Boggy and X is for WestFaX Brewing Company.

We decided to hit these breweries this past Saturday.


K is for Kitchen, Lowdown Brewery + 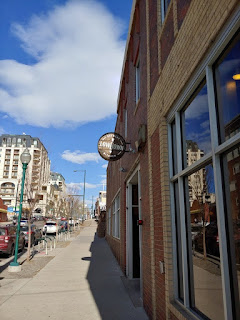 Lowdown Brewery + Kitchen opens at 11AM on Saturdays, so we started there. They also serve food, so we didn't have to find lunch elsewhere to bring into the brewery. 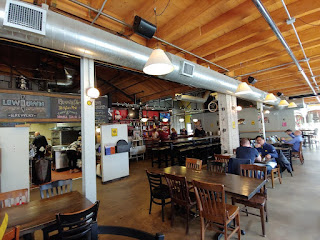 We started off with a flight of beers and an appetizer.

The Beer Model ordered an appetizer called "You're. F!#king. Welcome."

It was delicious. I think it would have been better with less roasted broccoli and more pretzel bread, but that is ok. 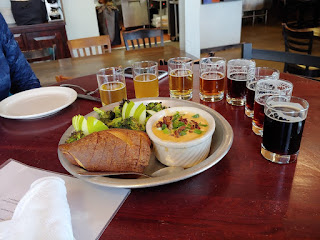 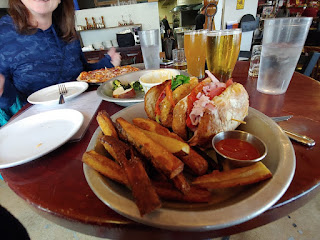 The Beer Model had a pizza for lunch (I had to help her finish it ... so I guess I had pizza too)

I had a a sandwich and fries.

All the food and beer was great. I would totally go here again for a lunch date. 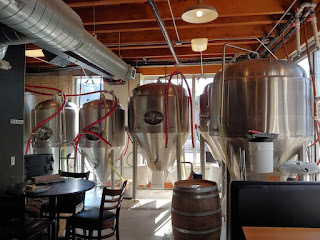 After eating lunch, I brought The Beer Model to  [The] Intrepid Sojourner Beer Project for a beer each.

Now, she can't complain that I didn't take her to that brewery. 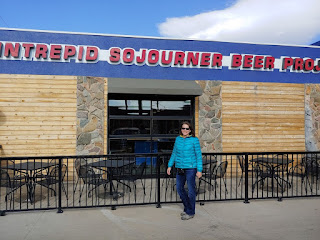 She had also mentioned that I never took her to last year's "K" brewery. So ... we headed up there so she could see it. 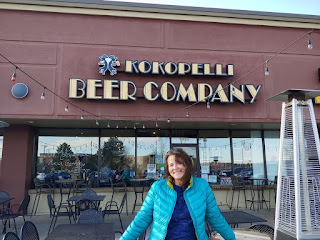 So, that takes care of my "K" brewery. I suppose I could have also used it as an "L" brewery.

However, I have another brewery in mind for "L".

I might need help with "M". Let me know if you have a suggestion for Denver-area breweries whose name starts with the letter "M".

For what it is worth ... I started cycling through the alphabet for this second time through starting February this year, and I'm averaging just a little better than 1 brewery a month.

The first time through, it took me about a year and a half between A is for Alpine Dog Brewing Company and K is for Kokopelli Beer Company. So, this time through, I'm moving more quickly.

Not sure if that trend will continue ... but so far so good. Again ... keep an eye on Sheppy's Blog: A to Z to see how it is going.