J is for Jagged Mountain Brewery 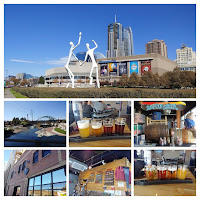 If you read I is for [The] Intrepid Sojourner Beer Project, and are at all familiar with the Denver Brewery scene, chances are decent that you probably guessed what my "J" brewery was.

As I mentioned in the blog post, a couple of Saturdays ago, I took a bike ride downtown where I had a couple of beers before hitting The Intrepid Sojourner Beer Project taproom on my way back.

In case you're wondering why I hit "J" before stopping by "I" ... I mis-calculated how long it would take me to ride 15 miles.

When I was passing where to turn off the bike path for The Intrepid Sojourner Beer Project taproom, I figured out that I would get there before opening time.

So, I kept going.

Even so ... I ended up at "J" just a few minutes after opening time.


J is for Jagged Mountain Brewery 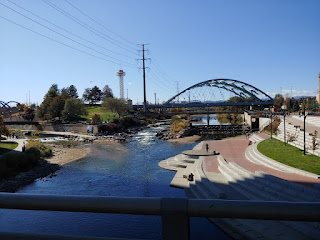 It was a fantastic bike ride. The weather was sunny but cool. There wasn't too much wind. There were not tons of others on the bike path. I almost didn't want to stop. 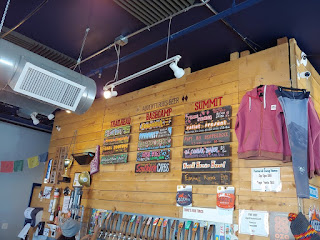 Jagged Mountain is a great location in downtown Denver. Just a couple blocks from Coors Field on the corner of 20th and Lawrence. I've passed it numerous times. Amazingly, I've never stopped in before.

I got there just a few minutes after it opened and there was already quite a few customers in the tap room. By the time I left, it was fairly busy. 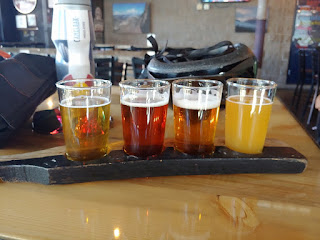 I had two flights while here. 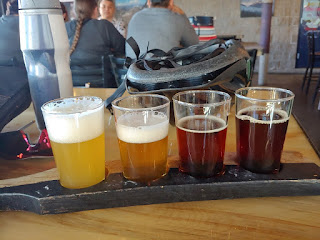 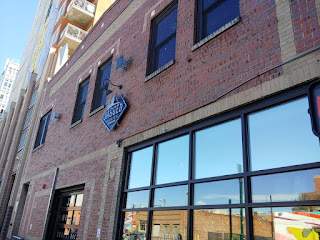 As I was on my bike, I took advantage of their Hydration Station a few times. I don't know if you can tell in the photo below, but the tap for the water had a Budweiser handle on it. That made me smile.

The water was very good. Much better than Bud. 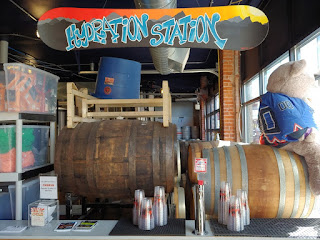 And so ... after those two flights, I got on my bike for the next brewery. Denver has done a lot of work over the past couple years building nice bike lanes. I was thankful for that. 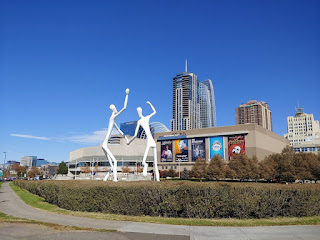 So, there you have it. My "J" brewery. At this point, I don't have a good "K" brewery. Please let me know if you have suggestions.

And ... keep an eye on this series by bookmarking Sheppy's Blog: A to Z.