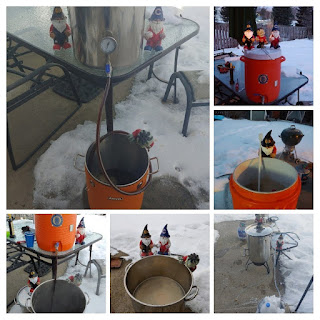 To be honest, I'm not sure I've had a recent Black IPA / Cascadian Dark Ale / India Dark Ale from any brewery in several years.

I'm sure I have had one that I'm not remembering in the last year or two, but still, it isn't a style that I drink as much as I used to.

I think the rest of the world is with me too. There just don't seem to be that many out there anymore.

TommyKnocker's Hop Strike Black IPA was one of the first Black IPA's I ever had and the one to which I compared all others after it. That is why I added to my Colorado 6 Pack list. 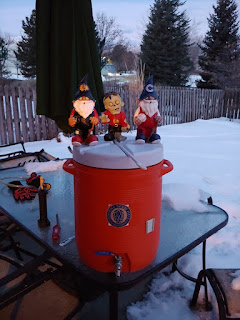 I didn't get started really early, but before sunrise. The mash was going before 6:30 AM. 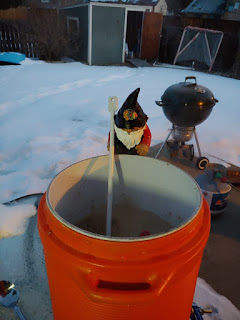 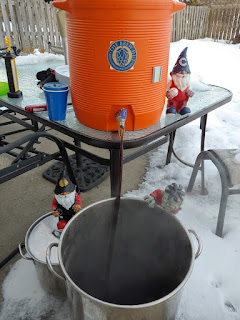 My pre-boil volume was low, so I diluted a bit with water. 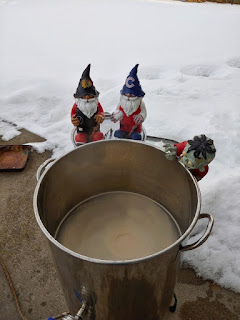 The boil went well and I remembered to add all the hops at the right time. 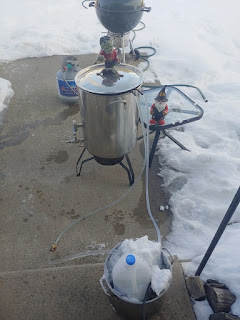 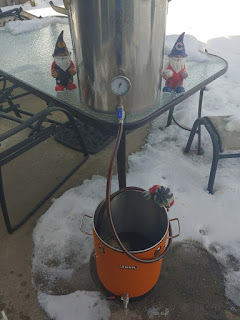 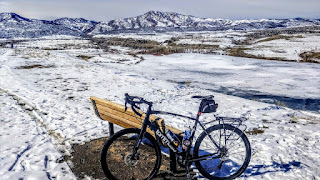 Then I went for a bike ride.

The beer has been fermenting. As far as I can tell, it has been going well. In a few days I'll dry hop.