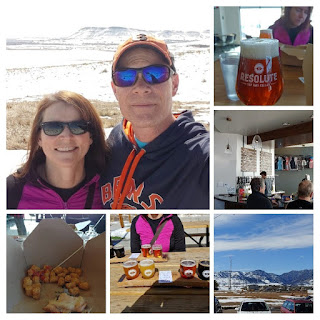 Right after "Q" in the alphabet is "R". You may already know this.

As you may remember from the end of Q is for LiQuid Mechanics Brewing Company, Finding breweries that started with the letter "R" was not going to be a problem.

There are several I could have chosen in the Denver area.

Last weekend, my wife (aka the SheppyBrew Beer Model) chose for me.

We actually went for a hike / walk up north of Denver in the Arvada / Golden area.

And after the hike / walk, she directed me to local Arvada brewery tap room ...


Arvada Brewing Company has two locations. One I've been to and is in Centennial, Colorado. 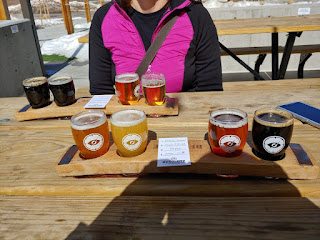 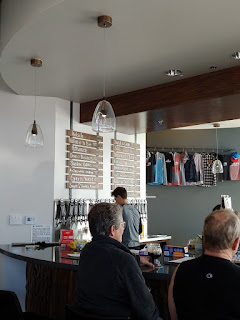 While we were visiting, there was a food truck right outside "Mile Pile Burgers", which was a fantastic lunch. 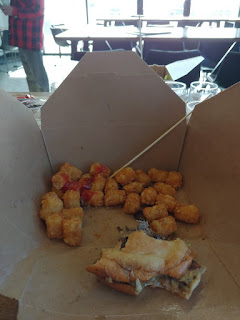 And we had a couple flights and then a pint each with our meal. 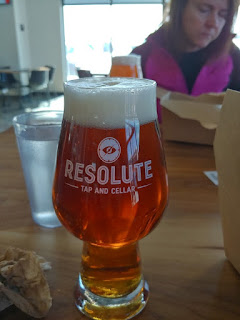 The beer and the food was delicious and the view of the mountains was spectacular. We had an awesome visit. 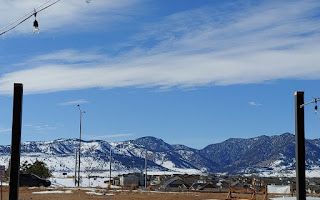 Obviously, our next brewery has to begin with the letter "S". I don't know what we'll pick yet, but I'm sure we won't have any problems coming up with one.

You'll have to stay tuned on Sheppy's Blog: A to Z to find out what we pick!