E is for Eddyline Brewery 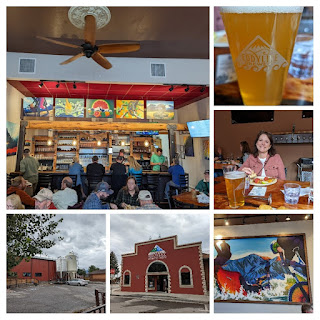 As you know if you've been following the A to Z Denver Breweries series of posts, the SheppyBrew Beer Model and I decided to push on with the 4th round of the project.
A couple of weeks ago, I posted D is for Denver Beer Company - Downing, so obviously we needed an "E" brewery.
As I mentioned in that post, According to the Colorado Brewery Map & List, we had a bit of a challenge coming up with a brewery to use for "E".
One thing I didn't share in that post, though, was that the Beer Model (aka my wife) and I had a weekend get-away planned to Buena Vista, which is a couple hour drive from Denver.
This past weekend, we took that trip and located in Buena Vista ... is a brewery whose name starts with the letter "E" ...
E is for Eddyline Brewery 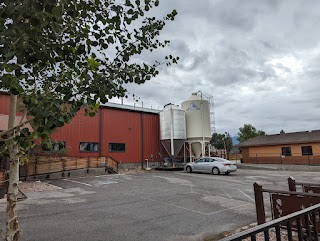 There are actually two Eddyline locations in Buena Vista. We've been to their Eddyline Restaurant at Southmain a few times. Until this weekend, we've never been to the Eddyline Taproom, so that is where we went for this little exercise.
If we go through another round of the A to Z breweries ... be might use the Restaurant next time. 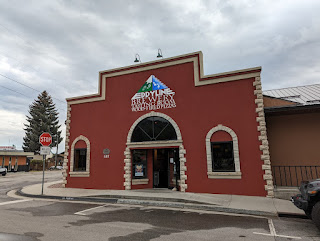 The Taproom is located at 102 Linderman Ave in Buena Vista, CO. Real close to the main highway that runs through town.
It is real easy to find. Actually, the town isn't real big, so everything is pretty easy to find. 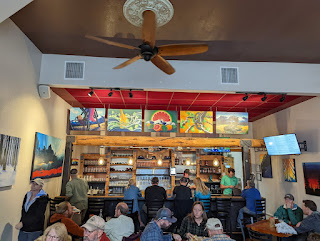 There is a great indoor space and a really nice outdoor beer garden as well. The whole place it decorated with really cool looking artwork. 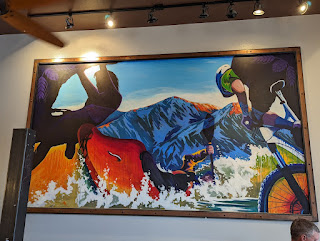 In addition to Eddyline beers, the taproom also serves a decent food menu along with cocktails and wine. They also have non-alcoholic drinks.
Their menu is up-to-date: https://eddylinebrewing.com/taproom-menu-boards/ 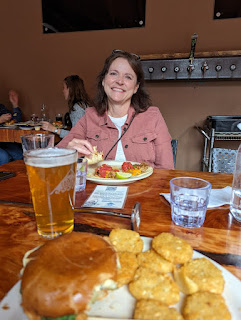 The dinner was good. The beers were good. The atmosphere was good. This is certainly my favorite place in Buena Vista for beer and food.
Check it out if you find yourself in the area. 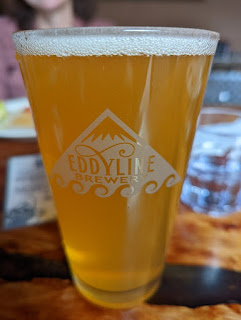 According to the Colorado Brewery Map & List, we have a couple of good options for our "F" brewery.
Keep an eye on  Sheppy's Blog: A to Z to see what we pick.
And ... as always stay tuned on the regular SheppyBrew Channels to see what is happening with biking, brewing, barbequing, and other things: SheppyBrew's Facebook Page; Sheppy's Twitter Feed; SheppyBrew's Instagram Page; and SheppyBrew's Website.Of course, don't forget to visit this blog often as well!
Posted by ESheppy at 8/23/2022 06:49:00 AM