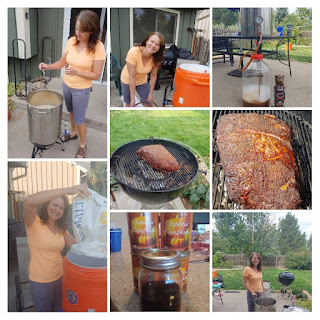 The SheppyBrew Beer Model (aka my wife) brewed this weekend.
Really, she did.
I helped, but she was the Brew Master Sunday. In fact, I had to leave right when the boil started, so for a significant portion of the brew day, she was the only brewer.
Every Autumn since 2014, SheppyBrew has brewed a pumpkin spice ale, "Will-o'-Wisp Pumpkin Ale".
The base beer is an awesome Autumn Ale, and we basically flavor it with a pumpkin pie spice tincture.
I wouldn't brew it if the SheppyBrew Beer Model didn't like pumpkin spice beers, but you know what they say ... Happy Wife - Happy Life.
Anyway, Sunday we brewed it.
As with all brew days that the Beer Model participates in, we got started later than my usual start time.
It was actually a little earlier than most of her brew days, though. Maybe she's moving towards my schedule. 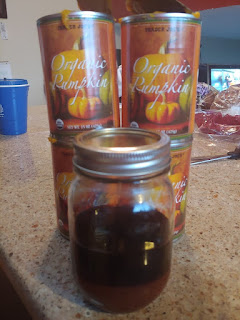 The first part of the process is to cook the pumpkin in the oven a little. Sometimes I remember to do this, sometimes I don't. Sunday, I did remember. 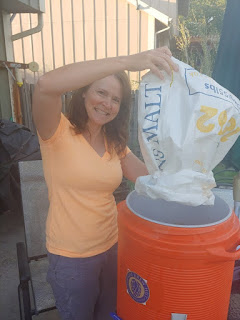 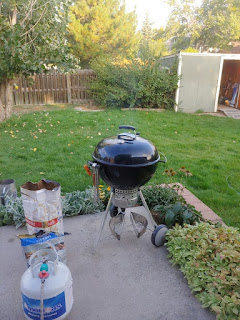 Yes, in addition to it being a brew day, I smoked a pork shoulder on the Weber Kettle. the Beer Model generally doesn't help with BBQ, although from time to time, she lets me know that an Alexa "pork" timer was going off. 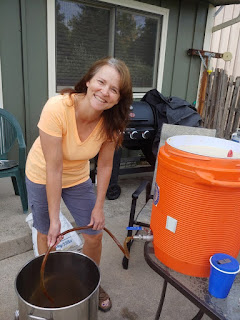 I'd been bad about getting my propane tanks filled. I have 3 propane tanks, and two were empty. After the previous brew day (Galena Dave's Pale Lager), I knew I was getting low on the third tank and told myself to get the other two filled, but then forgot about it until this past Sunday.
At the beginning, I thought that third tank had enough to get through the brew day. 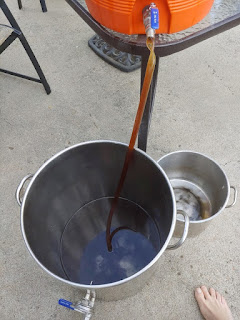 However, as the boil was starting to heat up, I was beginning to think that the tank might not make it all the way through. 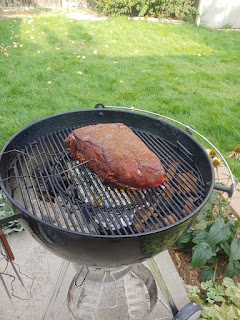 So, we decided that the Beer Model would be in charge of the boil, while I ran and filled up the two empty tanks. 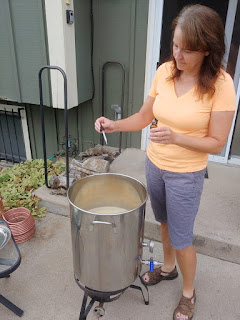 As it turned out, the propane tank did run out just as I was returning. I made fun of the Beer Model not noticing that there was no flame, but I could tell it literally just happened (don't tell her). 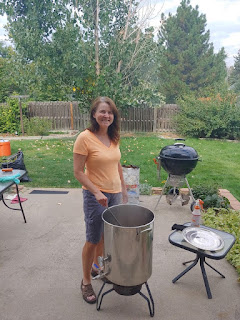 So, I got the propane tank switched out and continued the boil with really no interruption.
By the way, I thinking about investing in an electric brewing system. There may be more on that in a future blog post. 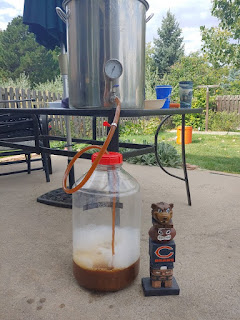 And so, the boil finished up with no issues. We got the beer chilled and into the fermentor and got the yeast pitched.
We added some of the pumpkin pie spice.
Then, the rest of the day was about finishing up the pork and then biking. 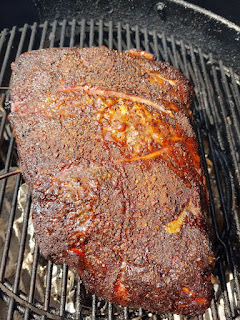 The pulled pork was delicious as always. I've actually been eating left-over pulled pork for lunch all week as well. 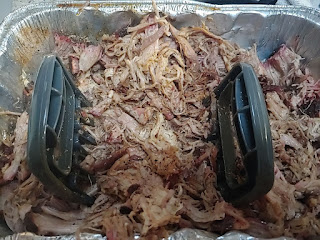 And the beer fermentation is essentially done. It is still in the fermentor until a keg comes free, but all activity stopped and the yeast has flocculated.
Once a keg comes open, we'll keg up the Will-o'-Wisp Pumpkin Ale, and add some more pumpkin pie spice tincture.
The SheppyBrew Beer Model will be drinking her pumpkin pie spice ale in early October.
I'm sure I'll have some too and likely tell you about it on the regular SheppyBrew Channels to see what is happening with beer and other things: SheppyBrew's Facebook Page; Sheppy's Twitter Feed; SheppyBrew's Instagram Page; and SheppyBrew's Website. Of course, don't forget to visit this blog often as well!
Don't forget that my Great Cycle Challenge is almost done Check out the page and feel free to donate if you'd like.
Go Bears!
Posted by ESheppy at 9/26/2020 02:06:00 PM