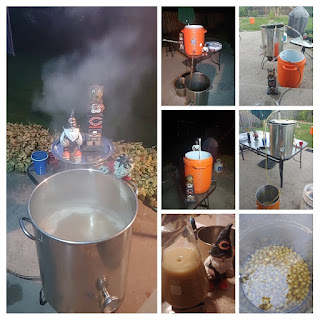 Remember my brother-in-law, Galena Dave?
Back in December, he gave me some wild hops from his yard. He had been keeping them in his freezer since picking them.
He let me take them home and brew a beer with it.
I brewed a beer with them around the end of January.
Galena Dave's Pale Lager
I got a text from Dave around the end of August letting me know it was about harvest time and asking me if I wanted him to send me hops again.
I said "Yes", and he mailed some to me. This time, I got a lot more and they were considerably more fresh. It should be really interesting to see how they turn out in a beer.
This past weekend, I decided to brew the Galena Dave's Pale Lager again. 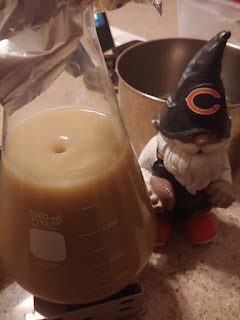 I knew I wanted to watch the Bears play and I knew I needed to get some GCC miles in, so I got started fairly early (even early for me) on Sunday.
I was up well before sunrise.
I had forgotten to make a starter on Saturday, so the first thing I did Sunday morning was get a starter made. 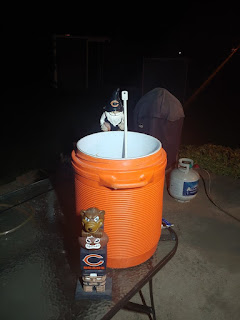 I got the mash started and finished in the dark. My pre-boil volume an gravity was right on plan. 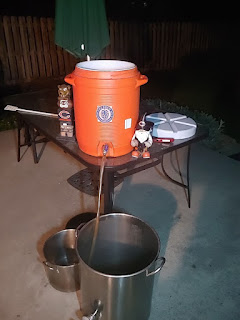 I got the boil started before dawn as well. 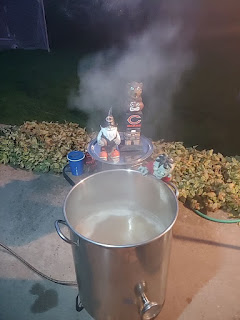 The boil went well. I added over 6 ounces of Dave's wild hops at flame-out. 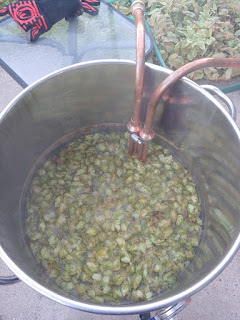 Chilling went well. I got the wort into the high 50's and then racked into the fermentor. 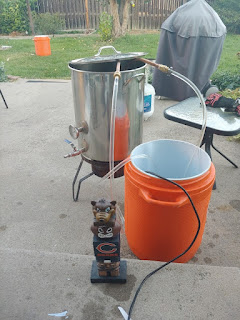 Whole hops are sort of a pain. You have to be really careful about not clogging up the system and/or ending up in the fermentor.
But, I think I did pretty well. 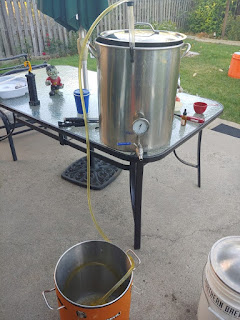 I used my Avil cooling system to get the wort into the 50's and then pitched the yeast.
By the next day, the yeasties were going strong and the airlock was bubbling. I've been fermenting in the 50's this week, and am ready to let the beer finish off at room temperature for another week. 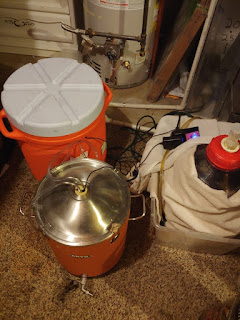 I should be ready to keg before October. Of course, I'll let you know how it turns out.
As always, keep an eye on the regular SheppyBrew Channels to see what is happening with beer and other things: SheppyBrew's Facebook Page; Sheppy's Twitter Feed; SheppyBrew's Instagram Page; and SheppyBrew's Website. Of course, don't forget to visit this blog often as well!


Take care and be healthy everyone.

Don't forget to check out my Great Cycle Challenge page. If you'd like, feel free to donate. 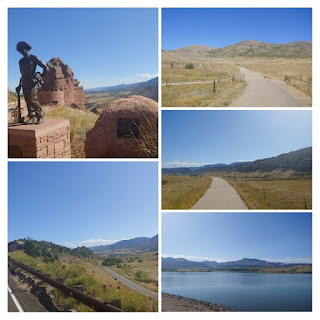