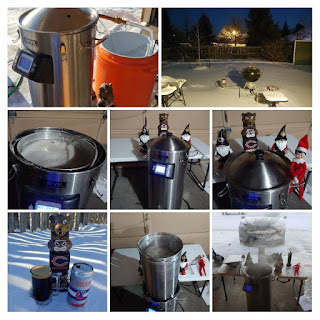 Around September and October, I thought I should brew an Oktoberfest.
It never happened.
Around October and November, I thought I should brew a Novemberfest.
It never happened.
So, in November, I came up with this Decemberfest recipe. And I didn't brew until this past weekend.
Sunday, I brewed for the 6th time on my Anvil Foundry.
It was snowy and cold on Sunday, and I decided to brew in the garage.
First time with the Foundry in the garage. This recipe I brewed was the 7th lager and 18th new recipe of 2020.
Decemberfest Lager 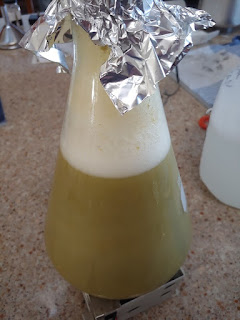 Saturday, I kegged up the Schreck Gartenzwerg Pilsner, and took about a pint of trub from the fermentor.
I made a starter with this trub to use as the yeast pitch for  Decemberfest. It got real active real fast. Probably didn't have to make a starter out of it. 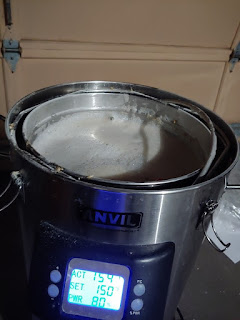 Anyway, as is my standard procedure on the Foundry, I filled it with water the night before and set the timer to heat up the strike water early in the morning while I was sleeping.
So, I was able to mash in right when I got up. I was up at 5am and had the mash going by 5:10 am.
This is such a time saver over my old method of heating up the strike water as the first brew day step. 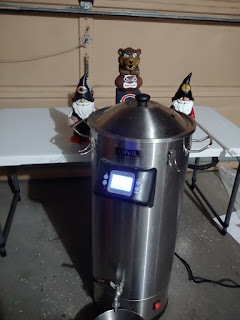 I stirred the mash every 10 minutes or so and did my little manual recirculation process a few times. 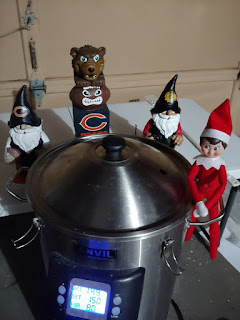 Around 6:30, I set my temperature to 170 for a "mash out", and removed the grain basket from the wort to allow it to drain. 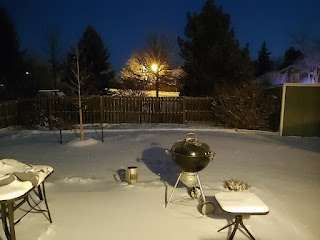 Around 6:55, I took the basket off and put the lid on to get the wort to a boiling temperature. 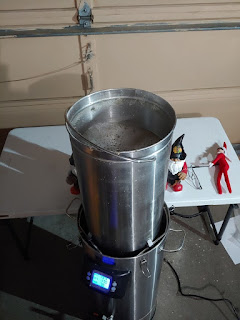 It wasn't until around 7:40 that I started my boil timer. The pre-boil gravity and volume was pretty close to planned. I did dilute with about a quart of water. 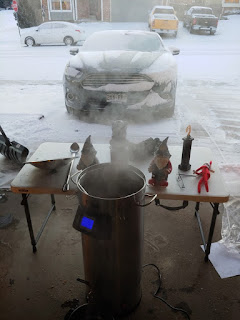 Then, I did my standard 60 minute boil, adding hops and other kettle additions as the recipe called for.
The boil was over at 8:40, and my Hydra had the wort down to 78 by 8:45. I switched to the pond pump recirculating ice water at that time. 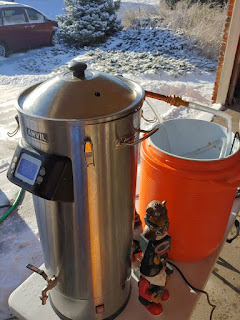 Then, I got my fermentor ready.
By 9:20ish the wort was in the 50's and I was draining into the fermentor.
I had the yeast pitched, the Anvil cooling system set up, and the brew day clean up done by 10AM.
Fermentation took off sometime overnight, and was going strong by the next morning at about 52 degrees. I fermented in the 50's for the first few days and am letting it go at ambient temperature for the rest of the fermentation.
Right now, the plan is to keg on the 26th, but we'll see how that goes.
As always, stay tuned on the regular SheppyBrew Channels to see what is happening with beer and other things: SheppyBrew's Facebook Page; Sheppy's Twitter Feed; SheppyBrew's Instagram Page; and SheppyBrew's Website.