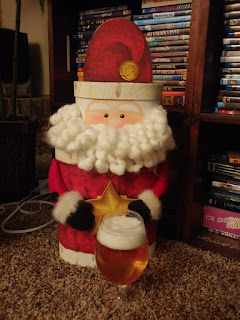 On the 10th of December, I had my homebrewed SheppyBrew Bud Light Lime.
Not Bud. Not Lite. No Lime. It is actually an awesome Mexican lager with quite a bit of Saaz hop and Vienna malt character. I hope InBev doesn't slap me with a lawsuit on my use of the name. 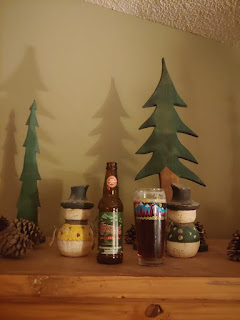 On the 11th of December, I had Breckenridge Brewery's Christmas Ale.
This is probably my favorite beer from the Littleton, CO Anheuser Busch brewery. 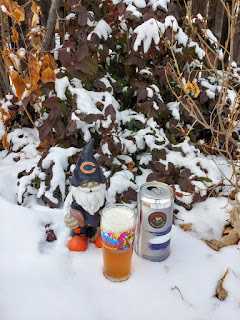 On the 12th of December, I stopped by my local brewery, Locavore Beer Works and picked up a couple of crowlers.
Saturday, I picked up a Splash IPA, which is a nice American IPA. 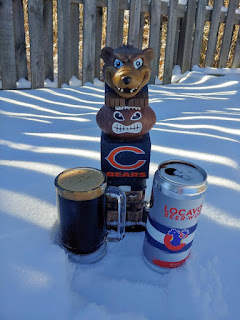 On December 13th, I had another crowler from Locavore called "1000".
This beer commemorates their 1000th batch of beer. It is a Imperial Milk Stout. Nice and delicous. 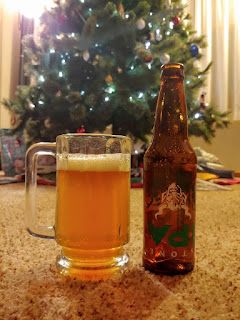 On December 14th, I returned to Stone's "Twelve Days of IPA's", and had a Stone IPA.
Nice flagship IPA. 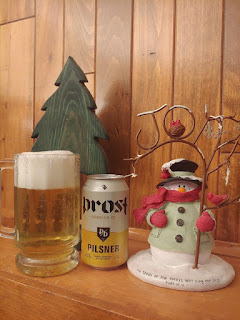 On December 15th, I had a can of Prost Pilsner.
Prost is a Denver Brewery that specializes in German - style beers. Their pilsner is a nice German pilsner. Very easy drinking.
So, there you go, we're half way through December. 10 more beers until Christmas. I still have more than half of Stone's "Twelve Days of IPA's", so expect to see several of those in part 3. Also, there are a few homebrews that I can throw into this.
Stay tuned, as I drink a different beer every day before Christmas, I'll share more. Sheppy's Blog: 25 Beers of December.
Go Bears.