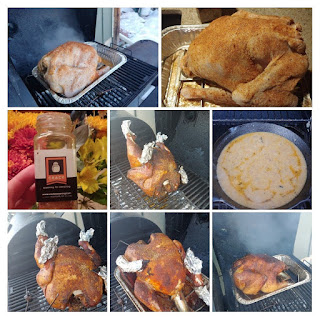 I smoked my third turkey last Thursday (Thanksgiving).
I'm pretty comfortable doing it now, although since I only smoke a turkey once a year, it still makes me a little nervous that I'll screw it up.
I didn't screw it up. I am pretty sure this was my best one so far.
Last year, I spatchcocked the turkey. I didn't like it as much as the previous year, so I went back to smoking the whole bird without cutting out the backbone.
Just like both my previous turkeys, I brined the bird around 24 hours before cooking it.
It was a simple brine this year.
The brine went into a large plastic bag which I put into a bucket. Over the bag, I put a bunch of ice. I stored that in the garage overnight.
It was cold enough here in the Denver area to keep the bird cold. There was still ice on top in the morning. 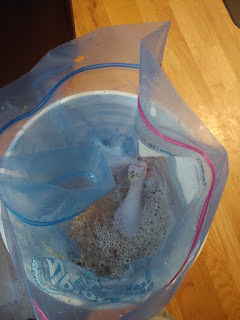 Early on Thanksgiving, I pulled the bird out of the brine, and dried it off a bit. I applied "Crack", which is a seasoning made in nearby Morrison, Colorado.
I had gotten it as a gift, and I thought it would work nice as a Turkey "rub".
See Crack Seasoning LLC Website. 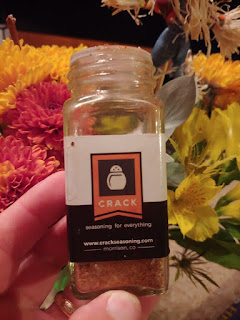 I put the turkey on the Turkey Canon Roaster that I had bought for the 2018 turkey. This time I put the bird on upside down to start with. 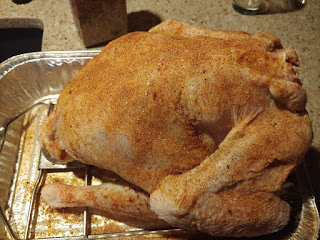 In the fire box, I put about a chimney worth of unlit lump charcoal, and a few Cherry Wood chunks.
I lit around 3/4 of a chimney of regular charcoal briquettes and added those to the firebox closest to the smoker. 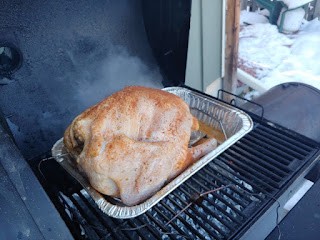 Around 8:30, about 4.5 hours before dinner time, the turkey went on the smoker. This was actually a little longer than I gave myself either of the previous years.
It is also the first time that the turkey was actually ready in time.
To begin with, the breast was away from the smoke. 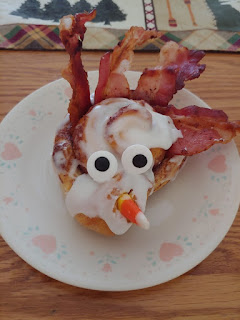 I had the bird in a pan to catch drippings. 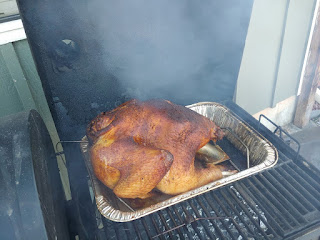 About an hour and a half into the cook, I flipped the bird so that the turkey was right-side up.
At this time, I had to apply more rub. 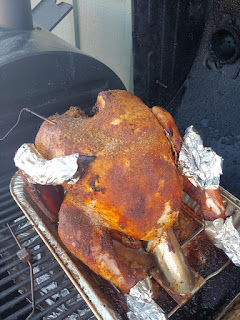 And then I let it cook.
For the most part, the cooking temperature was between 300 and 320. It went as low as 280 and probably got up to 340.
Every once and awhile I played with the vent to regulate the temperature. Didn't have to do too much to keep the "oven" temp in the right range. 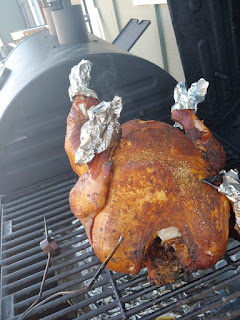 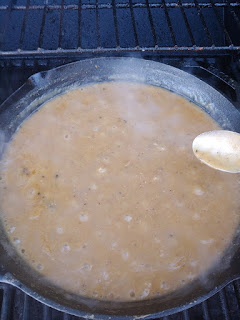 I let the bird rest about 40 minutes before cutting it up.
In the meantime, I made gravy out of the drippings.
The turkey turned out great. As I mentioned, I think it was my best one so far. The cherry smoke was perfect. The bird was juicy and tender and nice.
The gravy was awesome too. 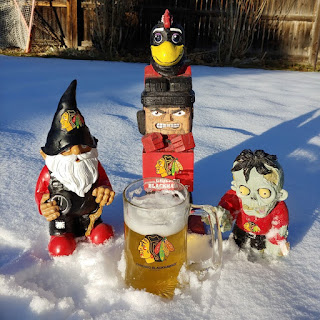 Yummy stuff.
I ate too much, but ... well ... you know ... Thanksgiving.
I'll almost certainly do this again next year if we're at home for Thanksgiving.
I can't think of anything I plan to do differently next year. I can't think of anything that I didn't like about the whole experience.
If you want to follow along about any other turkeys I may cook ... see Sheppy's Blog: Turkey.
Posted by ESheppy at 12/04/2020 05:34:00 AM